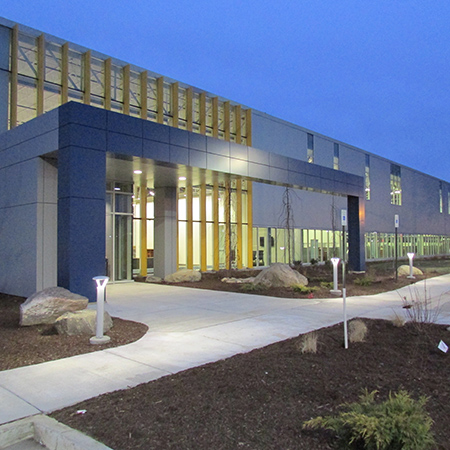 Whirlpool Corp. has marked the latest developments in the company’s $155 million investment initiative with the opening of the new Benton Harbor Technology Center.

“As an employee of Whirlpool, I recognize those who came before us and worked hard to give us a better company,” says Jeff M. Fettig, chairman and CEO, told employees and guests at a ribbon-cutting ceremony. “They built this company from the ground up, which helped pave the way for us to transform what was once a warehouse into a state-of-the-art global technology center. This is not just a new facility. It is a testament to our values as a company, our commitment to investing where it counts — right here at home.”

Four years ago Whirlpool announced plans for its new Riverview campus project as well as major renovations in the company’s global headquarters building. On Friday, Fettig announced Whirlpool will break ground on phase three of its Riverview campus in 2015 — this phase includes a third, three-story building alongside two current buildings. The company also announced it will move forward with a third phase of renovations at its global headquarters facility.

Fettig says with the establishment of the Benton Harbor Technology Center, Benton Harbor and St. Joseph are now home to more than 1,200 engineers and technicians and will serve as the global technology hub for all of the company’s major categories including cooking, cleaning, laundry, and refrigeration. The facility is Whirlpool Corporation’s largest refrigeration technology center and focuses on next generation processes and technologies. When completed in 2016, the company will have invested $155 million in all projects.