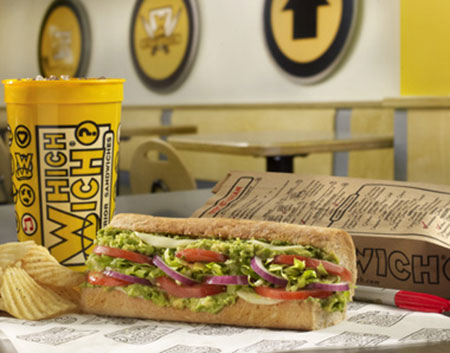 Riding the wave of investment in downtown Detroit, Which Wich Superior Sandwiches, a national chain based in Dallas, plans to expand its franchise across metro Detroit and into the historic Penobscot Building in early 2015.

Which Wich is also exploring real estate opportunities in Midtown, Troy, Farmington Hills, Southfield, and Birmingham, and has plans to open a new location in Allendale on the campus of Grand Valley State University in the next 10 months.

Founder and CEO Jeff Sinelli, a Detroit native, says the move into the Motor City makes both personal and business sense. “I’m a hometown boy. I moved to Dallas 20 years ago and I miss being home,” he says. “One of the goals was obviously to go back there with our sandwich chain, Which Wich, and offer sandwiches to my friends in the community.”

Sinelli says Which Wich is known for its customizable sandwiches where patrons use red Sharpies to write their order on a brown paper bag. Once the order is completed, the items are placed in the bag.

The company’s first Michigan location opened in Petoskey, but Sinelli’s opportunity finally came in metro Detroit when longtime friends and business partners, Mike Berschback and Nabil Shurafa, approached him about opening a shop.

The brand’s concept and community-oriented feel appealed to Berschback, who knew that Shurafa (then living in New Jersey) was exploring the idea of franchising Dunkin Donuts in Michigan.

“I went up to northern Michigan to Which Wich for the first time and loved the product and the concept so much I literally called him (Shurafa) from the parking lot and said, ‘If you want to do franchises, let’s do this together.’ And then we started the process,” says Berschback.

While their Southfield location has stalled in the building process, the pair’s Grosse Pointe Which Wich opened in April and Senellis says its opening week set a sales record.

He says the company is in the final stages of signing a lease in the Penobscot Building. If things go well, they’re considering looking for a space in Midtown.

Sinelli says he grew up with Kowalski kielbasas, coney islands, Traverse City cherries, and Better Made potato chips and would like to see some of those items featured on the Michigan menus. The company is in talks with several of the brands, and is looking at integrating some of the products into their national franchise menus, as well.

Sinelli says was encouraged by the development he’s seen in the downtown area, which gave him confidence to expand the brand. “We want to be part of the downtown energy of Detroit,” he says.

To find out more about Which Wich click here.