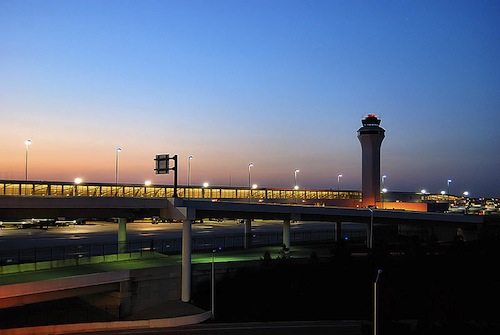 Passenger counts at Detroit Metropolitan Airport in Romulus showed a slight increase of .5 percent in 2013 compared to the year before, with several new routes and services to be added this year.

In 2014, JetBlue will begin three flights a day to Boston, effective March 10, while Delta Air Lines will add second flight to London, starting in June, and Frontier will begin service to Wilmington, Del., a nearby alternative to Philadelphia, in April. This follows several additions last year, including when Spirit Airlines added service to Denver and Houston; Frontier added Trenton/Princeton, New Jersey; and Southwest/AirTran added non-stops to Ft. Myers, Fla.

Looking forward, airlines have already started announcing new routes and services at DTW. “Alaska Airlines just announced that they’re going to fly non-stops to Seattle, and Spirit just announced a flight to Minneapolis,” says Michael Conway an airport spokesman. “The airport itself is a good economic indicator and has an enormous impact on our economy, so these (added services) are all good signs.”

Former Wayne County Executive Ed McNamara was fond of saying that every plane that lands at Detroit Metro generates $1 million in economic activity.

Jonathan Silberman, professor of economics at Oakland University in Rochester Hills, says air freight at Detroit Metro was down in December from year ago levels, but passenger rates jumped 7.3 percent for domestic flights and 9.2 percent for international — an increase Conway attributes to a late Thanksgiving, which fell on Nov. 28.

Conway notes that while total passenger count was up about 178,000 in December, it was also down about 74,000 in November. “Probably for the same reason,” he says.

In related news, the region’s economy slowed at the end of 2013, with key economic indicators showing mixed results, says the most recent economic outlook from Oakland University’s School of Business Administration.

“In all of the sectors (real estate, transportation, manufacturing, and labor), it was quite mixed,” Silberman says. “In real estate, the housing prices and single family permits were not strong, but the industrial and commercial (vacancy rates) were doing well. So while one part of real estate showed a little weakness, the other part showed continued strength.

“That seemed to be the picture in each of the sectors.”

Likewise, while unemployment continued to decrease, overall employment was unchanged from November to December. In manufacturing, the purchasing managers index was barely above 50, which Silberman says is low in comparison to prior reports, but increased auto production in the state was the highest it has been since last April.