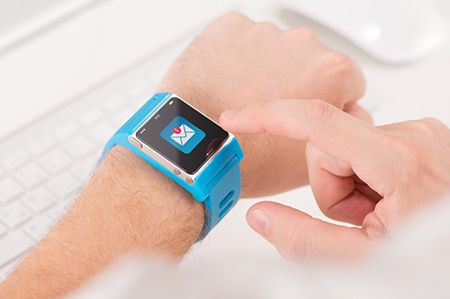 Disruptive business models, such as companies that link consumers directly to service providers, will be on the rise in 2015, suggests a new entrepreneurial forecast from the Zell Lurie Institute for Entrepreneurial Studies at the University of Michigan’s Ross School of Business.

“Airbnb and Uber are the first real big hits of small-scale (startups), linking consumers directly to service providers — in this case, hotels and cars,” says Stewart Thornhill, the institute’s executive director, who wrote the forecast. “I see that as an indicator of that business model being replicated across a whole variety of sectors.”

New business models often emerge after there are a couple of successful examples that inspire others to follow suit, Thornhill says. “When the first big box stores came along — Staples and The Home Depot, for instance — we saw people adapting that business model onto new verticals or sectors. All of a sudden, that model of warehouse style, high volume, low pricing, rolled out across the entire retail landscape and took it over.”

The new year will also bring higher functioning wearables to the market, says Thornhill, noting that the Zell Lurie Institute, which works with student investors as well as student and community entrepreneurs, has seen several business plans come through looking for funding relating to accelerometry, or the measurement of movement (think the Fitbit activity tracker).

Like the Microsoft Band, the next-generation of this sort of technology will go beyond this, integrating factors including GPS tracking and real-time, heart-rate monitoring. “I don’t think many people will be wearing Google Glass, but an awful lot of people will be wearing some sort of a wrist device that will connect to phone messaging and to their bioactivity in 2015,” he writes.

Technology will also impact small-scale manufacturing this year, says Thornhill, pointing specifically to 3-D printing. “It used to be that you had to find an artisan to do your first round prototyping and then almost jump immediately to scale if you wanted to get any feasible cost into your business. Now, you can dial up your production in tiny increments, moving from early stage prototyping to small scale to medium scale and then up. It put so much more power in the hands of the developers.”

IN OTHER ZELL LURIE NEWS, the school is now offering a new course that will teach executive MBA students to find and evaluate opportunities for a new venture, as well as to think creatively and solve problems in highly unstructured situations.

“Most corporations are looking for individuals with an entrepreneurial mindset who can create and build new products and services in order to stay competitive – this new mindset will require EMBAs to have entrepreneurial skills,” says Len Middleton, the professor who will teach Entrepreneurial Ventures course, available in the 2015 winter term. “This course will help executives develop skills that will help them compete in an agile, creative workforce, whether it’s in their own ventures or as part of an established organization.”