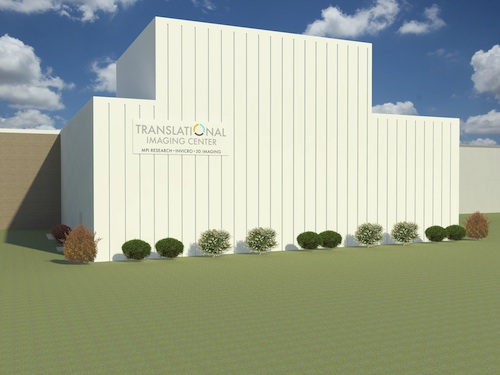 The Translational Imaging Center in Mattawan, near Kalamazoo, announced Wednesday the arrival of a cyclotron, used in drug development and will be commercially available in May. The particle accelerator is one of two that are active in Michigan — the other is at Michigan State University, says Scott Haller, director of the Translational Imaging Center for MPI Research.

What separates the particle accelerator at the MPI Research global corporate headquarters from others is that it will be connected to facilities that house species including mice and non-human primates. As a result, drug developers will have access to imaging, radiochemistry, and informatics solutions to position their teams to make faster, better informed decisions regarding a drug candidate’s potential, Haller says.

“The placement of the cyclotron within the Translational Imaging Center will give researchers timely access to a wide range of isotopes for tracing true performance of promising drug candidates,” says William U. Parfet, MPI chairman and CEO. “This ability, along with our advanced data interpretation abilities, will help drug developers reach key go/no-go decisions faster and more efficiently.”

In related scientific news, the Facility for Rare Isotope Beams, to be built at Michigan State University, received Michigan Strategic Fund approval of an inducement resolution for up to $100 million in private activity bonds. The new facility, which would adjoin the existing National Superconducting Cyclotron Laboratory, will create an estimated 400 full-time jobs over the next 10 years.