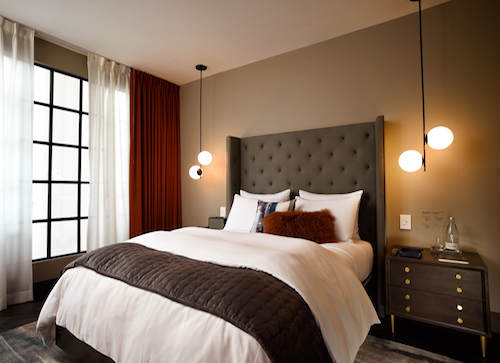 West Elm, a Brooklyn, N.Y.-based furniture and home décor retailer, has announced that Detroit will serve as a location for one of its first West Elm Hotel properties. The company’s new boutique hotel concept, to open in late 2018, is expected to have locations in Minneapolis; Savannah, Ga.; Charlotte, N.C.; and Indianapolis, as well.

“We are thrilled to be opening a hotel in Midtown Detroit as it has been an incredible example of urban planning and stabilization, (and) this is now a model for many other cities that are looking to actively create vibrant neighborhoods,” says Peter Folwer, vice presdient of hospitality and workspace at West Elm. “For our initial launch, we intentionally targeted mid-size cities, with rich industrial heritage and vibrant communities, Detroit couldn’t be a better fit.”

In partnership with hospital management and development company DDK, the 135-plus room hotel, to be located on Cass Avenue in Detroit’s Midtown neighborhood, will be locally managed and feature full-service amenities, a lobby, bar and restaurant, and design elements, décor, cuisine, bespoke furniture, and more that’s reflective of the region and its industrial heritage.

Artwork in the hotel will also be commissioned and curated locally for each guest room and communal areas.

“By adapting the framework design of each hotel to reflect the mood and identity of its host city, we will continue to engage the adventurous spirit of our customers as they follow us to our next level of hospitality,” says Jim Brett, president of West Elm.

Guests will be able to purchase the furnishings and artwork found in any of the hotel’s rooms on the company’s website.

The hotel will look to create more than 100 jobs when it opens, and will offer a 10-week training and development academy, which will educate potential students about the hospitality industry.