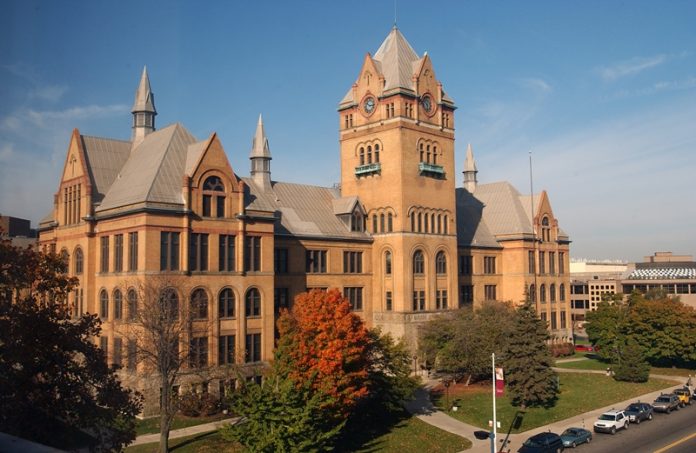 Wayne State University in Detroit today launched its Warrior Way Back program, which will allow students who left the university to return and complete their degrees while earning university debt forgiveness.

“This innovative approach exemplifies Wayne State’s role as a leader in college access,” says Keith Whitfield, provost of WSU. “No other school offers the level of support that we provide to students on the scale at which we do. In everything we do, we remain compassionate and (are) committed to student success.”

The program offers former students with an outstanding balance of less than $1,500 to re-enroll. Students in the program will reduce their past-due balances by one-third at the end of each successfully completed semester until the debt is eliminated.

“We hope Wayne State’s Warrior Way Back debt-forgiveness program will become a national model and revolutionize the widespread practice of account and transcript holds that have unnecessary punitive effects on low-income students and exacerbate racial education attainment disparities,” says Dawn Medley, associate vice president for enrollment management. “Many students are shut out of the path of higher education for small balances … We’re excited to reopen that path.”

The program contributed to Detroit being named a Talent Hub by Indiana’s Lumina Foundation and Troy’s Kresge Foundation, which recognizes cities that meet rigorous standards for creating environments that attract, retain, and cultivate talent. Talent Hubs are slated to help address the demand for workers with an education beyond high school. There are almost 700,000 people in the Detroit area with some college but no degree, including more than 12,000 from Wayne State.

“Welcoming these students back to higher education is about so much more than just getting them through the doors again,” says Medley. “Wayne State is making an investment in their success — and the successes they will bring their communities and future employers — because we believe everyone should have equal access to higher education.”

More information about the program can be found here.