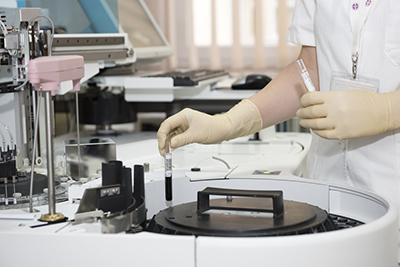 Wayne State University researchers have made a “breakthrough advancement” that may lead to the treatment of Parkinson’s disease, a progressive disorder of the brain that affects movement and coordination.

Assia Shisheva, a professor at Wayne State’s school of medicine and the lead researcher of the study, says her team studied certain proteins that accumulate and form clumps or deposits on the brain. She says they have discovered a new mechanism they say can ‘melt’ the deposits that may eventually treat but not necessarily cure Parkinson’s.

“Our study revealed that the ArPIKfyve-Sac3 complex (an enzyme and protein complex that can melt clumps in the brain) is an effective inhibitor of aggregate formation by Synphilin-1,” Shisheva says. Synphilin-1 is a protein that can accelerate Parkinson’s symptoms.

She says the findings suggest that increasing the levels of the ArPIKfyve-Sac3 complex in Parkinson’s patients may have a beneficial effect. She says the complex could be used as a therapeutic approach in reducing neurodegeneration (the progressive loss of the structure or function of neurons) in patients with Parkinson's disease.

More than 1 million people in the United States are afflicted with Parkinson's disease. The cause is typically unknown, and there is no cure for the disease.

“The protein complex of neurodegeneration-related phosphoinositide phosphatase Sac3 and ArPIKfyve binds the Lewy-body-associated Synphilin-1 preventing its aggregation,” is published online in the Journal of Biological Chemistry.