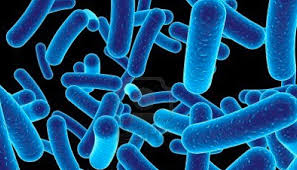 Wayne State University has received a $1.9 million grant from the National Institutes of Health to study the treatment of a drug-resistant bacterial pathogen that causes life-threatening infections in hospital settings.

Michael Rybak, an adjunct professor of medicine at Wayne State's school of medicine and the lead researcher of the study will use the grant to study various dosing regimens of the antibiotic daptomycin in the treatment of VREfm, a type of bacteria that has developed a resistance to many antibiotics.

VREfm can be spread from one person to another through casual contact or through contaminated objects. VREfm infections are often spread from the hands of health care workers to a hospital patient. Rybak says VREfm can cause intra-abdominal infections, urinary tract infections, endocarditis, and bloodstream infections.

"Daptomycin has demonstrated bactericidal activity against VREfm, but the development of resistance during therapy has threatened its viability for future use," Rybak says. "Our research will evaluate several dosing regimens of daptomycin against VREfm strains."

He says he hopes to help preserve daptomycin for future use and ultimately improve patient outcomes in VREfm infections. ​