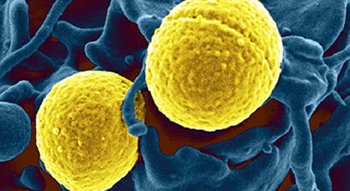 Wayne State University has entered into an exclusive license agreement with a drug company to help develop a class of novel drugs to potentially help treat post-traumatic stress disorders, depression, and ADHD, among other neurological disorders.

The university announced TRImaran Pharma Inc. will help take the drugs through the clinical testing stages to eventually bring the drugs to market. Terms of the deal were not released.

"All three neurotransmitters are known to play important roles in numerous neuronal processes, including mood, anxiety, stress responses, depression, cognition, attention, urinary flow, pain, impulse control, and more," Dutta says. "Based on these roles, enhancing their transmission is thought to be a sound approach to treating abnormalities in these processes."

Dutta says the drugs can be "tuned" to provide the appropriate ratio for each disease and disorder.