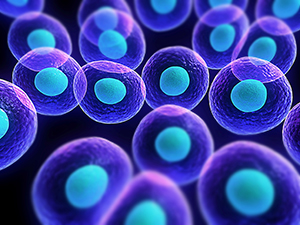 Wayne State University researchers have discovered a mechanism of insulin secretion that may lead to better drugs for the treatment of patients who live with diabetes.

Bhanu Jena, a professor of physiology at Wayne State, led a team of researchers who found that isolated insulin-secreting porosomes (cup-shaped structures in the cell membranes) are built up into live-insulin-secreting beta cells.

“We are delighted that after nearly 12 years of background work, we were finally able to functionally reconstitute the porosome complex in live cells,” Jena says. “This is a milestone for us … These studies, in addition to contributing to our understanding of the molecular mechanism of cell secretion, have promise for drug development therapy. Much work, however, remains to be done.”

Jena says 350 million people live with diabetes worldwide. He says cell secretion is a fundamental process that occurs in all living organisms, and is responsible for activities such as the release of hormones and digestive enzymes.

Jena says the discovery of the porosomes also allowed the lab to demonstrate the involvement of porosome-associated proteins in neurological disorders, like post-traumatic stress disorder.

The article Functional reconstitution of the insulin-secreting porosome complex in live cells, published in the journal Endocrinology.