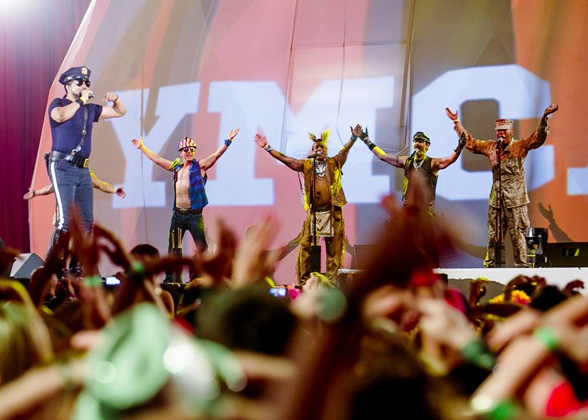 The 17th Annual Ford Arts, Beats, & Eats will return to Royal Oak this Labor Day Weekend (Aug. 29- Sept. 1), bringing with it more than 200 national and local bands, including big names such as the Village People and American Idol runner-up (and Farmington Hills-native) Jena Irene.

“We have the highest budgeted lineup we’ve ever had, and if we have good weather, I think that’s going to translate into big numbers for the festival and certainly into big numbers for our nonprofit partners,” says Jon Witz, principal of Jon Witz and Associates, which organizes the annual festival. “Sponsorship was strong this year, our strongest ever — mostly due to some national brands joining us — and we invested that sponsorship into our music lineup.”

In addition to the Village People, other major acts include Third Eye Blind, Theory of a Deadman, and Randy Houser. And while the lineup touches all music genres, Witz expects an especially strong turnout for the Jena Irene show, at 8:30 p.m. on Aug. 30.

The food lineup equals the music acts in the sense that there will be several high-end restaurants that will be represented this year, says Witz, listing Mitchell’s Seafood Market, newcomer Morton’s The Steakhouse, Andiamo’s, and Prime 29 as a few examples.

For more information about the upcoming event, visit artsbeatseats.com.