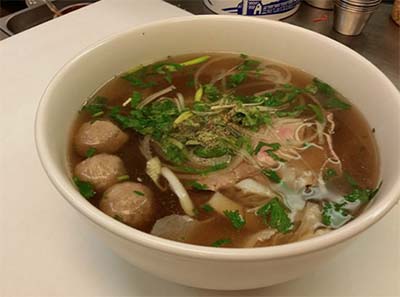 The Vietnamese restaurant Pho Lucky, with locations in Redford Township, Novi, and Southfield, will expand with the opening of a restaurant in Detroit’s Midtown district on Monday.

“I feel like we have a shortage of ethnic restaurants that represent all different kinds of foods,” says Sue Mosey, president of Midtown Detroit Inc., a nonprofit planning and development organization. “This is going to help fill what I think is a void here in the neighborhood by bringing in Vietnamese food.”

“This is a highly-established, very well-regarded restaurant so we know that he’s going to have a great product here,” Mosey says. “The way that they run their operation, especially for lunch, (diners) can get in and out of the restaurant within a half hour.”

Later this month, Pho Lucky will have its liquor license and will be able to offer beer, wine, and other alcoholic beverages to customers.

Pho Lucky first opened in Redford Township in 2012, and since expanded to Novi and most recently Southfield.