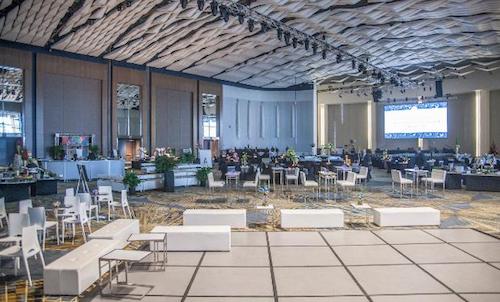 The Detroit Regional Convention Facility Authority, which operates Cobo Center, today announced it paid down $13.5 million in taxable bonds. The move will save state’s taxpayers approximately $11.7 million over the life of the original bond issue, or $7.8 million in present dollars.

The goal to operate Cobo Center on a breakeven basis was set by state legislature for DRCFA, and was accomplished nearly seven years ahead of schedule.

The DRCFA completed a $279 million renovation and upgrade to Cobo Center on time and within budget in August 2015, resulting in a more accessible, spacious, and efficient facility. Upgrades included the renovation of the former Cobo Arena into conference and meeting space, better views of the Detroit River and Canada, multiple new entrances, increased parking, public art, new meeting rooms, and improved traffic flow.

“Local and national organizations are looking to us as a model of regional cooperation,” says Larry Alexander, chairman of the DRCFA. “The renovation has enhanced Cobo Center’s competitive position, created operating efficiencies, and has expanded the services we are able to provide. Although the renovation is complete, we are always striving for constant improvement in order to continue exceeding customers’ expectations and needs in service, capabilities, and technology.”

When the DRCFA assumed control of Cobo Center in September 2009, it was estimated that Detroit was losing $21 million per year on the facility. The increase in bookings following the $279 million renovation and expansion has put the DRCFA ahead of its financial schedule, reducing that deficit to $280,000 in 2016.

Since the renovation, Cobo Center has hosted 16 city-wide conventions, including the annual North American International Auto Show. The DRCFA plans it repeat its success in 2017 and 2018, with NAIAS 2017 already bringing in 806,000 visitors earlier this month.