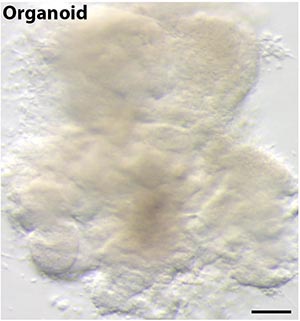 Scientists, with the help of researchers from the University of Michigan Medical School in Ann Arbor, have succeeded in growing the first three-dimensional mini lungs to study how real lungs function and react to ailments and new drugs.

“These mini lungs can mimic the responses of real tissues and will be a good model to study how organs form, change with disease, and how they might respond to new drugs,” says senior study author Jason Spence, assistant professor of internal medicine and cell and developmental biology at the University of Michigan Medical School.

Scientists coaxed stem cells into structures that resemble large airways known as bronchi and small lung sacs called alveoli. While the structures lack some important components of a human lung, such as blood vessels, the lungs can be used for research purposes.

Researchers will now be able to use the lungs as a complement to animal research, and as a starting point for clinical innovations.