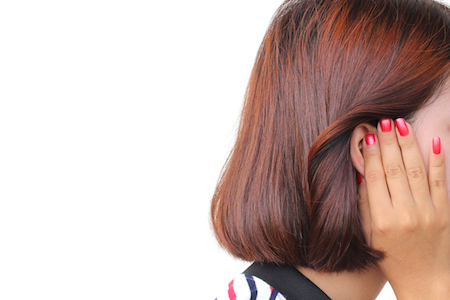 Researchers at the University of Michigan in Ann Arbor today announced they have conducted a clinical trial to address the root causes of tinnitus. The process involves using precisely timed sounds and weak electrical impulses that activate touch-sensitive nerves to heal damaged nerve cells that contribute to the condition.

After using the device daily for four weeks, patients reported decreases in the volume of phantom sounds and improvements in their tinnitus-related quality of life. A placebo treatment, conversely, did not produce such effects.

“The brain, and specifically the region of the brainstem called the dorsal cochlear nucleus, is the root of tinnitus,” says Susan Shore, a U-M Medical School professor who leads the research team. “When the main neurons in this region, called fusiform cells, become hyperactive and synchronize with one another, the phantom signal is transmitted into other centers where perception occurs.

“If we can stop these signals, we can stop tinnitus. That is what our approach attempts to do, and we’re encouraged by these initial parallel results in animals and humans.”

U-M’s process, called targeted bimodal auditory-somatosensory stimulation, involves two senses. The device plays a sound into the ears, alternating with precise times, with mild electrical pulses delivered to the cheek or neck. The pulses begin a process called stimulus-timing dependent plasticity (STDP). First explored in animals to reset the activity of fusiform cells, the approach helps the human brain receive and process both sounds and sensation such as touch or vibration.

Shore and her team at U-M’s Kresge Hearing Research Institute recruited tinnitus sufferers who can temporarily alleviate their symptoms by clenching their jaw or flexing their neck, which appear to be self-discovered ways of changing the activity of fusiform cells.

Approximately 15 percent of Americans have some level of tinnitus, with severe symptoms affecting about 10 percent of those with the condition. As many as 2 million people with tinnitus are unable to work or perform daily tasks, and tinnitus is the most common cause of service-connected disability among U.S. military veterans.

The research was funded by two National Institute of Health grants and the Wallace H. Coulter Translational Research Partnership, and the device was built at Saline-based in2being, based on a patent granted to U-M in 2016.

More information on the clinical trial can be found here and recruitment for the next clinical trial will begin in early 2018 with the trial slated for late summer.