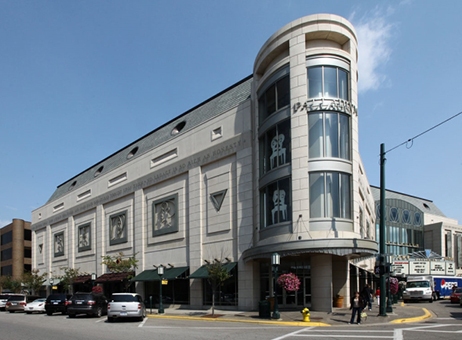 Universal McCann, a global media buying and planning company, will consolidate its three office locations in Birmingham when they move into the newly renovated Palladium building in downtown Birmingham in early 2016.

“We needed additional space due to growth of the business,” says Kristine Ruppel, senior manager of office services at Universal McCann. “(The new office) will provide us the opportunity to put all of our employees under one roof. We’ll be able to work as a team and collaborate.”

With more than 50,000 square feet of office space at the Palladium, located at North Old Woodward and Hamilton Row, Universal McCann’s new space will accommodate about 300 employees, and feature open office seating and breakout and conference rooms. The company will occupy one entire floor and part of another.

Emagine Theaters, a luxury movie theater chain with six locations across metro Detroit, will also open in the Palladium building on Oct. 2.

Emagine has converted the former theater space, which had 2,500 seats and 12 screens, to five screens with a limited seating capacity of 540 seats, including large custom designed recliner chairs. The theater will also feature a full-service restaurant operated by Plymouth-based Ironwood Grill.

The theater will offer a platinum membership that includes priority access to tickets, dining reservations, and special events. Platinum Members will also receive discount pricing on tickets and concessions.

Additionally, Lucido Fine Jewelry will open its third storefront in Michigan inside the building in October. Au Cochon, a French brasserie, and Arthur Avenue, a Brooklyn-style Italian restaurant, by restaurateur Zack Sklar of Peas & Carrots Hospitality, will open in September.

Palladium 12, which opened in 2001 and was acquired in April 2014 by A.F. Jonna Development in Bloomfield Hills.