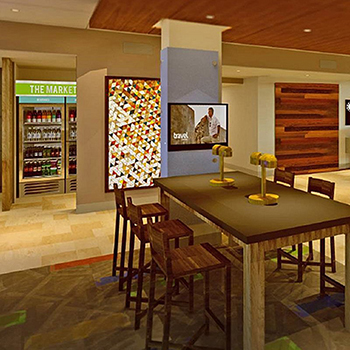 An ultra-modern, 105-room Holiday Inn Express will open in Farmington Hills next month. The hotel, at 32769 Northwestern Hwy. (near 14 Mile Rd.), will occupy the former location of RJ’s American Grille.

“They haven’t had a (new Holiday Inn Express) hotel in Farmington Hills for years,” says Pierre Gillenwaters, director of sales for IHG Holiday Inn Co., the parent company of the Holiday Inn hotel chain, along with brands such as Crowne Plaza, Staybridge Suites, and InterContinental Hotels and Resorts. “The area is (well located) and (the) population is booming so there is a need for it.”

As one of the first Holiday Inn’s newly redesigned hotels in North America, the facility will feature an open floor plan along with a modern and simplistic design. The rooms will feature new décor and furnishings. 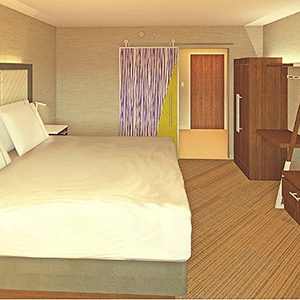 In addition, there will be an open lobby with a snack bar and check-in kiosk, a breakfast room, two meeting rooms, and an indoor-heated pool. Guest rooms will feature sound-blocking headboards and an LED touch-light mirror.

The grand opening is scheduled for Sept. 29.