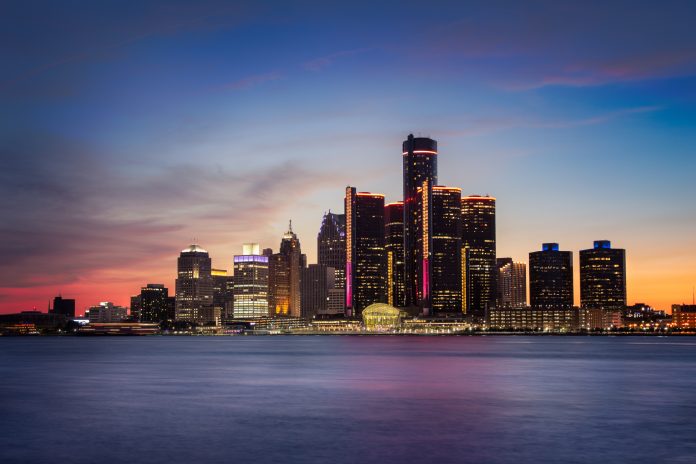 A flagship Tiffany & Co. store will be coming to the Somerset Collection in Troy next year, and it will offer redesigned displays of luxury jewelry, new décor, along with home items and accessories, in the retailer’s iconic robin’s-egg blue motif. Tiffany & Co., founded in 1837, has long operated a store at Somerset South.

With a well-furnished design and more product displays, Tiffany & Co.’s flagship stores — there are more than 20 around the world — exemplify lasting experiences and promote memorable emotions, both of which are proven draws among customers in the age of online shopping.

The announcement of Tiffany & Co.’s flagship store came during a session called The Changing Face of Global Retail at this week’s Urban Land Institute Spring Meeting at Detroit’s Cobo Center (May 1-3). On Tuesday, more than 4,000 attendees (3,500 from outside Michigan) toured numerous properties and downtown districts throughout Detroit and the region. Sessions on Wednesday and today cover a cross section of the latest real estate trends spanning residential, office, industrial, urban, hospitality, shopping trends, and other topics.

The global retail session was led by Nate Forbes, managing partner of The Forbes Co. in Southfield, which owns the Somerset Collection in Troy along with three luxury malls in Florida: The Mall at Millenia in Orlando, The Gardens Mall in northern Palm Beach County, and Waterside Shops in Naples. Diane Brown, market vice president, Mid-Atlantic Central at Tiffany & Co., and Mark Geller, co-founder and COO of Happy Returns, joined him in the session.

During the presentation, Forbes says what drives increased shoppers at The Forbes Co.’s luxury malls is that between 40 percent and 50 percent of the retailers are exclusive to each property. He also cited unique architecture, uncluttered open spaces, a strong mobile brand strategy, along with the ability to offer custom experiences and products, as major draws.

“People like to customize what they buy, and we have custom retailers and spaces throughout our malls,” Forbes says. He adds that retailers and other companies must “embrace change” and have a 360-degree view of their operations, markets, and emerging trends.

During the presentation, Forbes cited the story of Steve Jobs, the founder of Apple. As a child, his dad tasked Jobs with painting a backyard fence. After completing the task, Jobs returned a half-full paint can to his dad. But his father relayed that the job wasn’t completed, even as the fence had been painted.

Getting up from the back porch, Job’s father led his son to the back of the fence, which wasn’t painted. The lesson, which Steve Jobs carried throughout his life, Forbes says, was that businesspeople must be meticulous in every facet of an operation, including design, product development, marketing, and multiple other disciplines.

Brown relayed that Tiffany & Co. embraces change, citing that last year, for the first time, the opening of an iconic restaurant called The Blue Box Cafe on the fourth floor of its flagship store in New York — the location was made famous in the film, “Breakfast at Tiffany’s.” Offering 34 seats, she says on average the store gets 3,000 calls a day from people seeking restaurant reservations.

Geller explained how Happy Returns allows customers to bring returned goods purchased online to one of 100 locations, thereby solving a thorny problem for consumers. By providing an email, Happy Return personnel will accept the item back and reimburse the customer on the spot at no cost. The process eliminates the hassle of finding a box, repacking an item, and visiting the post office.

Forbes says the Happy Return location at the concierge desk at Somerset South has been a hit, and that shoppers using the service are more likely to stay and purchase other goods or take in a meal. “When an item is returned, we provide a one-day $25 gift card that can be used throughout the Somerset Collection,” he says. “It’s been very popular.”

During a session on Detroit’s renaissance, Dan Gilbert, founder and chairman of Quicken Loans Inc. in Detroit, says as a child his grandfather would drive him along Woodward Avenue and point to “what used to be there,” he says. “There’s an actual word for that, ‘use-ta.’” He added the task of rebuilding the city following 60 years of decline has been challenging. “Negative reputations do not die easily,” he says.

He went on to say that when reporters from around the world call for an interview, the Quicken Loans Family of Companies no longer grant the requests, rather they invite the reporters to Detroit where they will have access to company executives. “If you come here, we’d be happy to meet you,” he says.

In addition, he recited that Amazon, apart from opening several logistics and sorting facilities in the region and hiring 3,500 workers, has more than 350 employees in downtown Detroit, made up mostly of software engineers. Microsoft also recently opened a regional technology center at One Campus Martius (formerly the Compuware Building).

“Vertical is a new term in downtown Detroit,’ he says, in reference to the $1-billion Hudson’s mixed-use project north of One Campus Martius now underway as well as the upcoming Monroe Block, another large scale, mixed-use development. With more than $10 billion in investments in downtown Detroit and Midtown in recent years, Gilbert says several factors have propelled the effort, including political harmony between the state and local governments, a diverse population, new and returning graduates, and the fact that 50 million people live in a five-hour drive of Detroit.

“We are a net positive now for keeping and drawing graduates who gravitate to what I call the intersection of muscles and brains,” he says. “Now when I drive my 12-year-old son around downtown, I point out what’s going on there and over there. That’s been a complete turnaround from when I was a kid.”

Chris Ilitch, president and CEO of Ilitch Holdings Inc., which completed the construction of Little Caesars Arena last September and launched The District Detroit, a 50-block area of new, existing, and future development, says all of the projects downtown, along with a wave of new businesses, has driven the unemployment rate in the city to 7 percent from 22 percent.

“The engine of redevelopment is just getting started,” says Ilitch, who highlighted the fact that his mother, Marian Ilitch, was in the audience. “We have had 2.3 million people at Little Caesars Arena since it opened, and it’s now the second busiest arena in the world.”

He says the recipe for rebuilding the city includes: No. 1, engage all stakeholders; No. 2, make innovation systematic; No. 3, have great partners, both public and private; and No. 4, change lives while you change the landscape. “For everything we do, we strive for Michigan made and Detroit built,” he says.

As for ongoing challenges to solve, both Gilbert and Ilitch cited the need to improve public transportation and boost public education in the city and region.

On the public transportation front, several local ULI members talked about the prospect of Ford Motor Co. in Dearborn acquiring the Michigan Central Depot and neighboring properties west of downtown in Corktown for a campus centered on electric vehicles and new mobility applications. Last year, the automaker acquired The Factory along Michigan Avenue near Trumbull Avenue to house some 220 workers, including its Project Edison team.

The company’s board is expected to review the Corktown campus proposal at its next meeting on May 10. As part of the proposal, the automaker is looking at connecting its Dearborn operations and its potential Corktown campus via a light rail line that runs between the depot and a train station along Michigan Avenue in Dearborn that borders Greenfield Village.

The service, which could be extended to Ann Arbor, Detroit, and other communities, would provide a quick link between Dearborn and Corktown and allow Ford workers and their guests to meet or engage in projects along the way.

The ULI Spring Meeting drew more than 4,000 people, including 3,500 members from across the country and around the world, including Canada, Mexico, Australia, New Zealand, South Korea, Saudi Arabia, Singapore, India, Japan, France, Hong Kong, the United Kingdom, and Germany.

ULI Michigan, which is hosting the conference, set both attendance and fundraising records this year, having raised more than $2 billion. “We have drawn global investors who are now seeking to invest in what we call the reset of Detroit after 60 years of decline,” says Bobby Schostak, co-chair of the event with Bobby Taubman, Mark LoPatin, and Eric Larson. Schostak is CEO of MadDog Venture Capital, and managing partner and fund manager of MadDog Ventures, both in Birmingham.