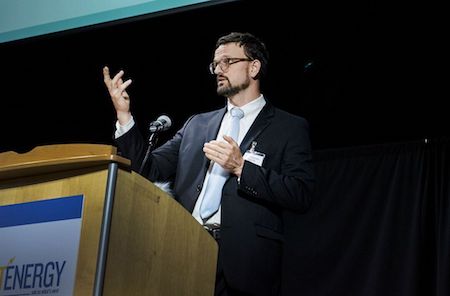 Leaders from the business, sustainability, and non-profit sectors today announced the launch of the Detroit 2030 District, which seeks to reduce building energy use, water consumption, and transportation greenhouse gas emissions by 50 percent by 2030.

The 16th district of its kind in North America, and second in Michigan, the Detroit 2030 District has garnered support from Comerica Bank, Wayne State University, Next Energy, Bedrock Detroit, JLL, the Detroit Lions, among others.

“We’re … excited that the Detroit 2030 District has already attracted such a broad range of support — it shows that Detroit is serious about sustainability,” says Connie Lilley, director of the Detroit 2030 District. “The programs we offer will assist our member building owners and managers in reaching not only the targeted reduction goals, but will also help to reduce their building operating costs. Our unique structure will bring the private and public sector together to make a healthier, more resilient, and sustainable city.

Most members of the district are expecting to see a decrease in building operating costs, and there will be free workshops offered that will assist companies with energy assessments, energy benchmarking, and software tools.

“The built environment is one of the largest contributors to greenhouse gas emissions, but has the potential to play a central role in the mitigation of climate change,” says Emile Lauzzana, director of community for Michigan for the U.S. Green Building Council. “Programs like LEED, the world’s most widely used green building rating system, create an opportunity to reduce environmental impacts while improving occupant health and worker productivity and saving money.”

In December of 2015, the USGBC launched the Grand Rapids 2030 District, which covers over 9 million square feet of downtown property.