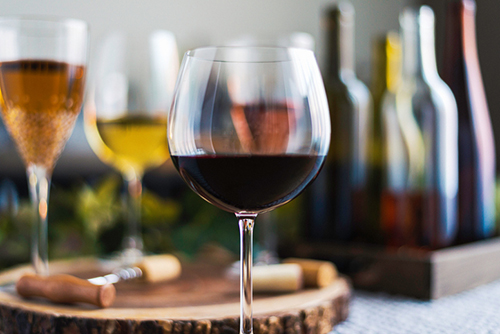 The United States District Court Eastern District of Michigan, located in downtown Detroit, on Friday ruled the state’s ban on wine shipments from out-of-state retailers is unconstitutional and enjoined Michigan from enforcing the ban on out of state retailer shipping.

The case marks the fourth time a federal court found a Michigan wine shipping law that was passed in March 2016 unconstitutional. The National Association of Wine Retailers said the ruling is a victory for consumers, wine merchants, and free trade.

In Lebamoff Enterprises v. Snyder, Judge Arthur J. Turnow wrote: “The governing question, therefore, is whether Michigan is permitted to enforce a statute that explicitly denies out-of-state retailers a privilege available to their in-state competitors.

“The answer at this stage must be no. … Michigan cannot demonstrate that permitting in-state retailers to ship directly to consumers while denying out-of-state retailers the right to do the same is inherent to its three-tier system … when it starts carving exceptions out of that system, it must do so without resorting to economic protectionism.”

Turnow concluded his ruling by requiring Michigan to either provide out of state wine retailers with access to a Michigan permit to ship wine or allow wine shipments based on the out-of-state retailers home state license.

The ruling means consumers will now have access to thousands of wines not carried in Michigan that they were forbidden to receive via shipments. For many years NAWR has pointed out that state bans on wine shipments by out-of-state retailers harm consumers as much as the retailers.

“The ruling is a victory for fair and free trade,” says Tom Wark, executive director of NAWR. “Closing off markets to satisfy the protectionist demands of a small group of well-heeled wholesaler middlemen and anti-competitive local retailers creates an inefficient, distorted marketplace.”

Following the ruling, the Michigan legislature is expected to craft a new retailer wine shipping bill that creates and fair and well-regulated marketplace for consumers and retailers throughout the United States.

According to the Michigan Grape and Wine Industry Council, the wine industry in the state generates more than $5.4 billion in total economic impact that includes tourism, retail sales, and jobs. Michigan wineries receive 1.7 million visits each year, and contribute to more than $252 million in tourism spending.

Michigan has more than 140 producers of wine with a majority of their production using Michigan fruit. There are 3,050 wine grape vineyard acres, and commercial wineries bottle more than 2.7 million gallons of wine annually, making Michigan fifth in wine production. The vast majority of production is from Michigan-grown grapes.