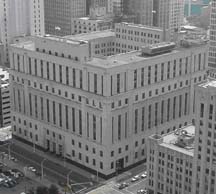 The U.S. District Court in Detroit is hosting a public event on Friday to celebrate the 800th anniversary of the signing of the Magna Carta, a document that originated in Britain that established for the first time the principle that everyone was subject to the law.

The event, held from 11 a.m. to 2 p.m. at the Theodore Levin U.S. Courthouse at 231 W. Lafayette Blvd., will include courthouse tours, an “Ask the Lawyer” pro bono program, and snacks. There will also be displays and re-enactors describing the significance of the document.

The Magna Carta, signed by King John of England as a peace treaty with rebels, contained 63 clauses, of which three remain in English law. Those include the rights of the English church, the liberties of London and other towns, and the right of all free men to have a fair trial.

The Magna Carta is seen as an international symbol of the law, and served as an inspiration for American rights such as due process, habeas corpus, and trial by jury.