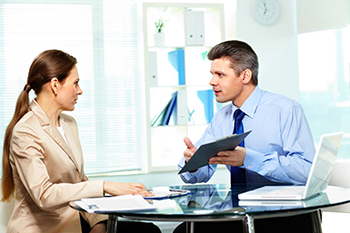 The Michigan economy has grown every year since it bottomed out six years ago during the Great Recession, and in the next two years, the state will continue its growth — but at a slower rate — by adding about 126,000 jobs, say University of Michigan economists.

"From the perspective of how the economy has been performing overall in growing out of the prior severe recession, things are looking pretty good," says George Fulton, director of the research seminar in quantitative economics at U-M. "The environment has stabilized and progress has been fairly impressive."

In all, Futon says Michigan will have gained more than 586,000 jobs during the economic recovery from summer 2009 through the end of 2017 — returning the job count to levels posted in spring 2003 and recouping more than two-thirds of the jobs lost since mid-2000.

Fulton says over the past five to six years, Michigan has seen growth in employment and per capita income while the state has seen declines in the unemployment rate.

"(The) state appears to be poised to continue the ride for a while longer, although perhaps not at the same pace," Fulton says.

About 32,000 of new jobs over the next two years will be in the professional and business services sector, which includes professional, scientific, and technical services, management of companies, and administrative support services.

"Six in 10 of the sector's job additions over the next two years originate in the knowledge-based professional, scientific, and technical subcategory, with most of the rest emanating from the administrative support subgroup," says Joan Crary, an economist at U-M. "Growth in the sector is supported by a continuing favorable commercial environment locally and further expansion of the manufacturing sector."

Crary says the trade, transportation, and utilities sector — which includes wholesale and retail trade, transportation, warehousing, and public utilities — will account for 22,000 job gains through 2017. She says the construction industry will add 22,000 jobs over the next two years, leisure and hospitality will see gains of about 20,000 jobs, and manufacturing is expected to gain about 10,000 jobs during that time, down from an annual average of about 20,000 job gains over the previous four years.​