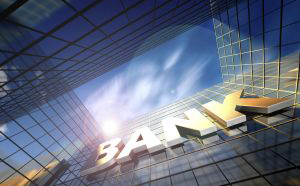 Many U.S. consumers face higher fees and low interest rates on savings at banks because most of the top shareholders of the largest U.S. banks are identical, says new research from the University of Michigan in Ann Arbor.

Martin Schmalz, an associate professor of finance at the U-M Ross School of Business and co-author of the study, says three big funds — BlackRock, State Street, and Vanguard — all are top shareholders in six major U.S. banks, and many invest in each other’s shares through their asset management divisions.

“Just because the banks have different names doesn’t mean they compete as fiercely as they would under separate ownership,” Schmalz says.

Schmaltz says he created a measure of market concentration that takes ownership into account and presents a more realistic picture of bank concentration.