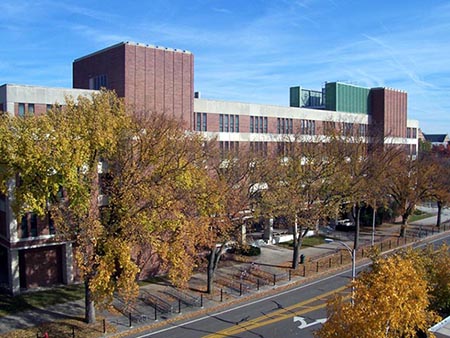 The University of Michigan and Michigan State University rank in the top 1 percent of the world’s higher education institutions, says a new report from the Times Higher Education, a London-based publication of Thomson Reuters.

Since the World University Rankings first launched in 2010, U-M has maintained its position in the top 20, while Michigan State has climbed 40 spots from its initial rank at No. 122. This year, both universities improved on their 2013-2014 rankings.

“Michigan State University’s 40-spot jump in the Times Higher Education World University Rankings from 2010 to 2014 was driven largely by the university’s improvement in the “citations” and “international outlook” categories,” says Andy Henion, a media communications manager with Michigan State.

The publication found that the average top 200 universities — representing the top 1 percent of all the world’s higher education institutions — has a total annual income of $751,139 per academic; has a student-to-staff ratio of about 12-1; hires 20 percent of its staff from abroad; has a total research income of $229,109 per academic; publishes 43 percent of all its research papers with at least one international co-author; and has a student body made up of 19 percent international students.

“Top-quality universities come in many different shapes and sizes, and there is no single model of excellence,” says Phil Baty, editor of The World University Rankings. “With this in mind, the World University Rankings are carefully designed to capture excellence in teaching and research against a university’s own mission and its own unique profile.”

This year’s top four universities included California State Institute of Technology at No. 1, followed by Harvard University, University of Oxford, and Stanford University. Overall, the U.S. had 74 universities ranked in the top 200.

To look at the full rankings report, go to timeshighereducation.co.uk/world-university-rankings/2014-15/world-ranking/range/001-200.