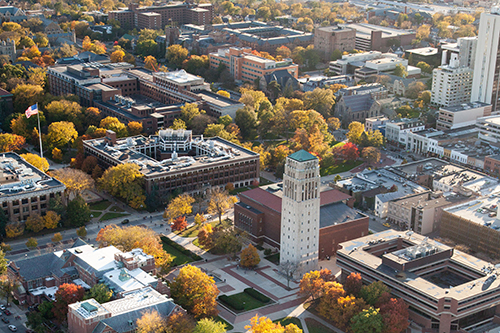 The University of Michigan in Ann Arbor has received a $20-million D. Dan and Betty Dahn Foundation gift to expand collaboration among researchers at the university, Technion-Israel Institute of Technology, and the Weizmann Institute of Science in Israel.

The three organizations have worked together since 2011 on nearly 50 competitively funded research projects as part of the Michigan-Israel Partnership for Research and Education.

“Collaboration is critical when addressing important societal issues like precision health and robotics,” says S. Jack Hu, vice president for research and the J. Reid and Polly Anderson professor of manufacturing at U-M. “In partnering with our colleagues at two of the world’s leading research universities, we are able to accelerate the promising potential in these significant areas of research.”

The partnership is funded by philanthropic gifts and supports research, innovation, and collaboration in fields ranging from biomedical sciences to engineering. With the gift, the foundation has given a total of $25 million to U-M for the partnership.

“We are grateful to The D. Dan and Betty Kahn Foundation for this visionary gift,” says Israel Bar-Joseph, vice president of resource development and public affairs at Weizmann. “We look forward to building an impactful research program that will deepen the relations between these three great institutions.”

Researchers from the three institutions gathered in Ann Arbor as part of the seventh-annual D. Dan and Betty Kahn Symposium. The gift will support two large inter-university research projects, the annual symposium, and smaller-scale collaborative projects.

One of the projects aims to discover new principles and create new technology in autonomous robot science.

“While autonomous vehicles have been pushing the boundaries of what robots can do without any human guidance, the greatest impact robots can have is by being right by our side,” says Alec D. Gallimore, the Robert J. Vlasic dean of engineering, the Richard F. and Eleanor A. Towner professor, an Arthur F. Thurnau professor, and a professor of aerospace engineering at U-M.

“Robots can be designed with physical capabilities complementary to our own, and rather than replacing humans, the robots we envision can make existing jobs easier. They could increase productivity, improve worker safety, and allow workers to spend more time on the creative and engaging parts of their jobs, while robots seamlessly support them by performing the tiring and repetitive parts.”

Researchers on the second project plan to develop tools that enhance privacy and computational effectiveness in big-data analytics in precision health.

“When it comes to precision health, we have tremendous opportunities to advance scientific discovery and implementation with the right technical, clinical, regulatory, and communication strategies,” says Marschall S. Runge, executive vice president for medical affairs and dean of the U-M Medical School.

“If we can increase multidisciplinary collaboration, we can bring cohesion and momentum to this new but fragmented field and establish a strong, stable foundation for future precision health discoveries.”

The partnership has also supported the exchange of 15 early-career researchers between U-M and either Technion or Weizmann.

Founded in 1912, Technion-Israel Institute of Technology was Israel’s first university. The Weizmann Institute of Science is a multidisciplinary research institution.

“The D. Dan and Betty Kahn Foundation is pleased to support this unique partnership as an outgrowth of the Kahn Symposium that began in 2011,” says Larry Wolfe, president of the foundation. “We see the partnership as a natural extension of Dan Kahn’s vision and an opportunity for three of the world’s great universities to pursue transformative research advancements in health, science, and education. We hope this gift will inspire others to support this incredible cause.”