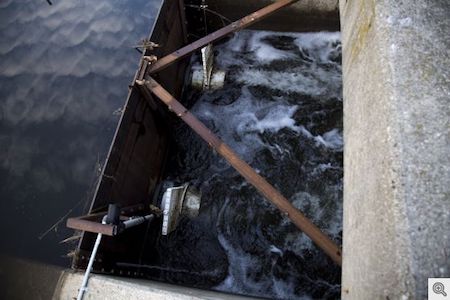 The University of Michigan in Ann Arbor has received a $1.8 million grant from the National Science Foundation (NSF) to develop autonomous smart technologies for aging storm water systems, which can lessen the impacts of flooding and potentially save lives. The grant is one of three funded nationwide and is among 38 projects announced under NSF’s new Smart and Connected Communities program.

The project will be led by Branko Kerkez, an assistant professor in U-M’s department of civil and environmental engineering. Kerkez is leading a national team of researchers from three other institutions to investigate how smart storm water systems can reconfigure urban watersheds in real-time to reduce flooding and improve water quality through autonomous sensors and valves.

“There is an unprecedented opportunity now to combine everything we know about water with all of these new advances in technology and create solutions that bring the two together in a meaningful way,” says Kerkez. “And I think these smart storm water systems are going to be one example of that. It’s really an exciting time for smart cities.”

Kerkez is working to improve the infrastructure’s ability to withstand and limit damage from severe weather by collaborating with social and computer scientists, engineers, local officials, and residents.

Participating communities include Ann Arbor, South Bend, Ind., Charlottesville, Va., and Knoxville. Ann Arbor is currently serving as an experimental smart watershed, where researchers are cooperating with city and county officials. The storm water system features 10-20 sensors per square mile in its system, and testing is currently underway. Sensors are used to measure water quality, as well as how much is flowing through the system at any time, and other variables.

“These measurements reveal how your system is functioning,” adds Kerkez. “Is it overburdened? If it is, where are the open opportunities for improvement? Instead of saying new and expensive construction is our only option, can we use what we have in a better way.”