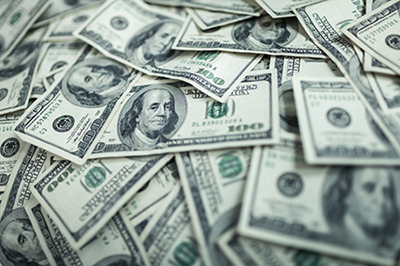 The annual unemployment rate is projected to fall below 5 percent next year for the first time since 2007, as the U.S. economy grows at its highest rate in a decade, according to University of Michigan economists.

"Labor market conditions are improving, wage growth is picking up again, vehicle sales are booming, and the housing market is continuing its recovery," says Daniil Manaenkov, an assistant research scientist at U-M who helped compile the forecast.

The researchers say unemployment will continue to fall from last year's rate of more than 6 percent to 5.3 percent this year, nearly 5 percent next year, and 4.6 percent the year after.

While U-M economists also predict positive growth for the U.S. economy, despite slowdowns in other global markets.

"The turmoil in financial markets earlier this year served as a reminder that the United States is not insulated from economic events in the rest of the world," says Aditi Thapar, an assistant research scientist at U-M. "Over the past year, several of our trading partners experienced weakness in their economies, prices for a wide range of globally traded commodities declined sharply, and the dollar appreciated substantially — which, along with the ongoing collapse in oil prices, reduced inflation and adversely affected net exports."