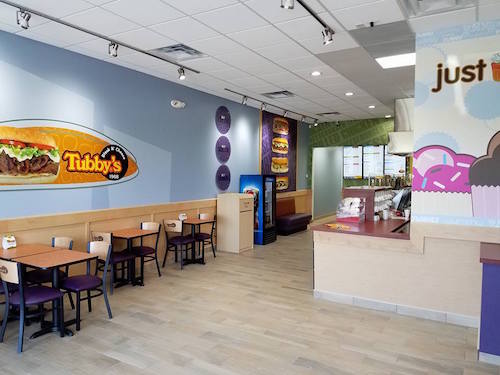 As part of an expansion that includes eight new stores, Roseville-based Tubby’s Submarines has opened a new restaurant in Sterling Heights. The store, which is the company’s 58th location, will offer a selection of grilled and deli subs, sides, salads, and be among the first to carry products from Just Baked Cupcakes, which Tubby’s acquired last August.

Just Baked was acquired through the state of Michigan after faltering into bankruptcy. The Sterling Heights Tubby’s, located at 2532 Metropolitan Pkwy., will offer a variety of cupcakes from the acquisition, including such flavors as Red Velvet, Double Chocolate Peanut Butter, and Cherry Chip.

The location also features a new design prototype, which will be replicated in future Tubby’s restaurants. Within the next month, the store will also offer catering and home delivery.

Founded in 1968, the Tubby’s franchise has shown double-digit revenue growth in each of the past five years. The company has added nine new locations in the past 18 months.