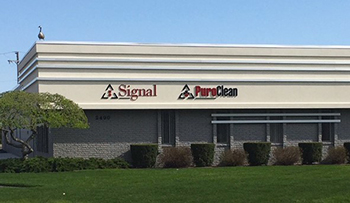 Signal Holdings, the parent company of Troy-based property renewal firm Signal Restoration Services, is expanding into the East Coast with the acquisition of Sentinel Group, a New York-based property restoration firm. Terms of the deal were not disclosed.

“This is a major move for Signal in the New York market and beyond,” says Mark Davis, CEO of Signal Restoration Services. “I have known Sentinel owner John Lonergan for almost a decade and have always respected his company’s high level of customer service and integrity.”

Lonergan will stay on as managing director of Sentinel Group and will become a minority shareholder of Signal Restoration Services.

Sentinel Group specializes in emergency response, mitigation, and reconstruction of properties damaged by wind, water, fire, and mold, among other types of environmental disasters, for customers in New York, New Jersey, and Connecticut.

“(We will serve) customers in a greater number of markets with a wider range of services due to Signal’s national footprint and large loss operations team,” Lonergan says.

Davis says following the acquisition, the combined companies will have greater operational capacity with plans to expand further into New England and the Mid-Atlantic regions.

Signal Restoration Services, founded in 1972, is known as the firm brought in by the city of New York for handling cleanup and recovery projects at five hospitals and a trauma center following Hurricane Sandy, the largest Atlantic hurricane on record. The company has 150 employees at its headquarters in Troy, with offices in California, Texas, Tennessee, Florida, New York, and Kansas for a total of 250 employees.

In October, the company acquired Florida-based PuroSystems Inc., a residential and commercial property renovation company with offices across the United States and Canada.