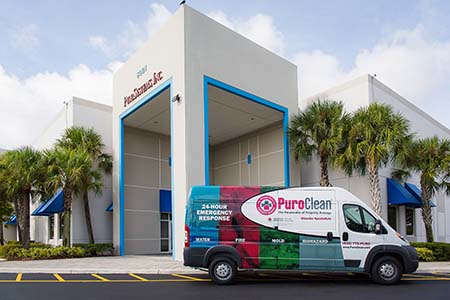 Troy-based Signal Restoration Services, a property renewal firm, has acquired Florida-based PuroSystems Inc., a residential and commercial property renovation company with offices across the United States and Canada. Financial terms were not disclosed.

Under the agreement, Mark Davis and Frank Torre, co-owners and co-CEOs of Signal Restoration Servcies, will purchase 80 percent of PuroSystems’ stock, with 20 percent remaining with existing shareholders. Davis will become PuroSystems’ CEO and chairman. Current CEO and chairman David McKinnon will step down, but will remain as a minority shareholder. Torre will serve as vice-chairman and board member. All other members of the PuroClean management team will stay in their positions.

“We look forward to continuing to elevate our capabilities and the value we bring to our customers,” Davis says. “We cannot influence Mother Nature. But we can continue to improve our overall customer service and we do that through training and a culture committed to genuine concern for our customers.”

Davis and Torre say they plan to double the number of PuroClean franchise locations (PuroSystems operates under the brand PuroClean, which offers fire and water damage restoration, mold and mildew removal, and biohazard cleanup services). PuroClean has more than 230 franchise locations in 34 states and five Canadian provinces. The company has about 1,500 employees and reported revenue of $74 million in 2014.

“PuroClean is gaining a new CEO with the vision to continue to grow its offerings,” McKinnon says. “Mark Davis and Frank Torre are both highly respected, experienced, and committed owners who are ready to take their companies to the next level.”

Signal Restoration Services, founded in 1972, is known as the firm brought in by the city of New York for handling cleanup and recovery projects at five hospitals and a trauma center following Superstorm Sandy, the largest Atlantic hurricane on record.

The company has 150 employees at its headquarters, and has offices in Detroit, Kalamazoo, and Clinton Township, and in California, Texas, and Florida, among others. In 2014, the company reported revenue of more than $50 million.