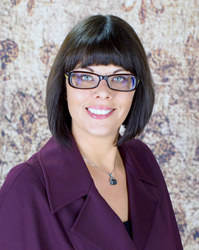 Christa Buchanan, a Realtor at Real Estate One in Troy, says she never stopped moving during the filming of an upcoming episode of HGTV’s House Hunters, scheduled to air next month.

She found the filming was reflective of her normal job but at a faster pace.

“Everything was moving fast last year, and you walk into a house, it has multiple offers,” Buchanan says. “We had one week to make an offer, and the majority of home sales are sold within the first week.”

The episode, airing at 10 p.m. May 5, will focus on the search for a 1920s historic home in the Royal Oak area, where the couple looking have a very tight schedule, giving Buchanan one week to find a house, get an offer accepted, and have the inspection take place.

Buchanan says the recent slowdown of home sales has been due to the weather and a short supply of homes for sale. During the month of March, home sales of new single family homes plummeted 14.5 percent to a seasonally adjusted rate of 384,000 compared to the expected pace of 450,000.

“People looking to search (for a home) put them on hold due to the weather, and inventory is so short that even people looking for a house cannot.”

She sees giant homes being developed in Birmingham, Troy, and other areas, where builders are seeing a lot of activity, Buchanan says.

“We are still on a trend up even though we are slower than last year,” Buchanan says. “We had highest company revenue in its history last year, and are still seeing 1 to 1 1/2 percent growth each month.”

Buchanan says the number of foreclosures and distressed inventory in metro Detroit have stabilized; however, bidding wars for homes are still occurring, often selling within less than a week with multiple offers.

Buchanan received “Rising Star Award” status within her first six months as an agent at the firm, which goes to new agents who sell at least $1 million in their first year, and she also was the recipient of a Gold Award for her work in 2013, which is awarded to those who sell between $2 million and $4 million.