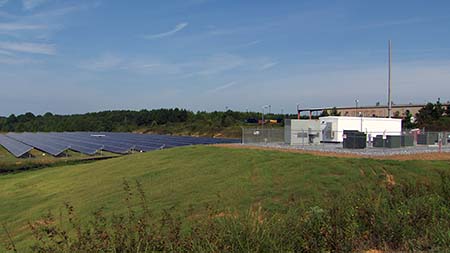 Located in Cedartown, northwest of Atlanta, the new research project will test and evaluate a 1-megawatt/2-megawatt-hour battery storage system using lithium-ion battery technology — similar to the battery chemistry in electric vehicles and many of today’s consumer electronics.

“This project is strategically important to LG Chem due to the role the Electric Power Research Institute plays in the utility industry, as well as the impact Southern Co. has as one of the major energy companies in the United States,” says Sunghoon Jang, senior vice president of energy solutions at LG Chem.

Jang says the energy storage system is installed in the service territory of Georgia Power, a subsidiary of the Southern Co., at a solar farm in Cedartown. The project will assess the technology’s ability to support multiple applications, including voltage support and peak shaving (the process of reducing the amount of energy purchased from the utility company during peak hours when the charges are highest).