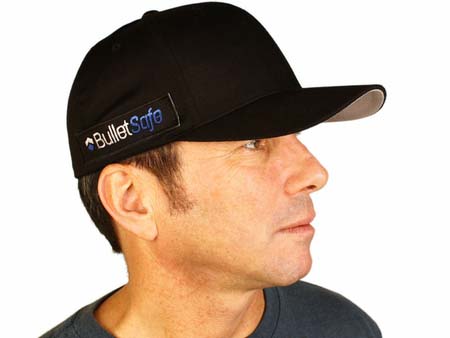 BulletSafe, a Troy-based company specializing in bulletproof vests, has ventured into a new style of protection — bulletproof baseball caps — for police officers and other security personnel.

“This cap gives increased protection without intimidation. It’s a discreet way for officers to be a little bit safer and aligns with community policing practices,” says Tom Nardone, president of BulletSafe,.

Nardone believes the caps will give police officers a less aggressive and approachable image. “The hats are comfortable, professional, and inexpensive,” he says. “They are discreet, with no real difference between the look of the bulletproof hat and a premium fitted baseball cap.”

The baseball caps are modified with BulletSafe’s ballistic panel, which offers protection to the front of the head. The panel will cover 33 percent of the hat, which weigh 7 ounces and can withstand .40, 9 mm and .38 caliber rounds, Nardone says.

“The project launch has gone well, after just two days, the project is beyond 50 percent of its pre-order goal,” he adds.

Nardone expects to have the first prototypes by April, and the finished product sent to the nearly 160 Kickstarter backers by November. The baseball cap will cost around $130.