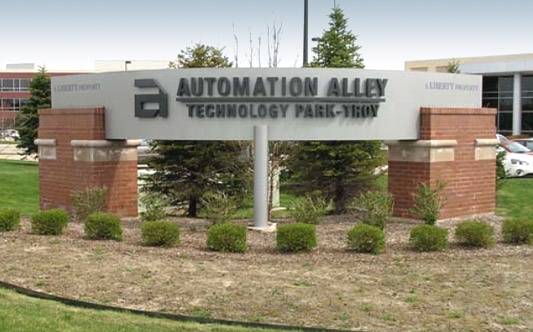 Automation Alley, a technology and manufacturing business association in Troy, Monday announced the total amount of export sales made by Michigan companies as a result of participation in its trade mission program and other trade-related activities has reached $1 billion.

The program is funded by Michigan Economic Development Corp. (MEDC) and began in 2001. Its goal is to help Michigan companies expand their products, services, and technologies into new high-growth markets. Automation Alley has led a total of 33 trade missions to regions around the world, including in Latin America, Europe, the Middle East, and Asia. Representatives from 310 Michigan companies have participated in the trade missions, and a total of 5,766 jobs have been directly and indirectly created as a result.

“Our world-class trade mission program continues to deliver results for companies across Michigan. We are extremely proud of reaching this milestone and look forward to continued success as we help local small and medium-sized businesses go global,” says Tom Kelly, Automation Alley’s executive director and CEO.

“MEDC has partnered with Automation Alley on more than a dozen trade missions since 2012. We are grateful for their team’s high-quality coordination and organization of these missions, which have produced such positive results for Michigan’s businesses,” says Jeff Mason, CEO of MEDC. “We commend them for reaching this impressive milestone and look forward to partnering with them on future missions.”

Automation Alley works with organizations such as the U.S. Commercial Service and the MEDC to arrange in-country matchmaking meetings with potential business partners, buyers, and end users of the participating companies’ products, services, and technologies. Prior to each mission, Automation Alley holds country-specific workshops to inform interested companies about the challenges and opportunities of doing business abroad.

“Automation Alley does a good job of helping companies analyze opportunities and the prospects for success,” says Gelmisi. “I was impressed with their ability to educate themselves about my products and services and discuss the pros and cons of various trade missions. I’ve always appreciated the honesty shown by Automation Alley when evaluating how to spend our marketing and sales funds and being available to review the process with DEP one-on-one.”

Gelmisi says meeting United States-based companies at trade shows during a single week rather than traveling the country over the course of a year saves time and money.

“France has a huge aerospace cluster, and we see many opportunities there and throughout Europe and Asia,” Gelmisi says. “DEP was very strongly supported by Automation Alley and the MEDC during the preparation, travel, and at the air show, as all logistics were very smoothly coordinated. As a group representing the state of Michigan, we had better access to high-profile aero clusters.”

In September, Automation Alley will lead a trade mission to India. For Automation Alley members, the cost to participate is $4,500. For non-members, it is $5,500. The price includes internal country flights, hotels, a welcome reception and dinner, tours, business briefings, matchmaking meetings, and internal transportation. For more information or to register, contact Lisa Lasser, International Business Services Manager at lasserl@automationalley.com or (248) 457-3283.