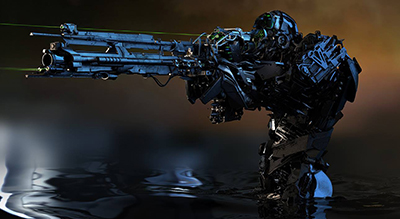 Transformers 5, directed by Michael Bay and starring Mark Wahlberg and Peter Cullen, is expected to film in part at the Michigan Motion Picture Studios in Pontiac beginning this summer, along with several other locations across the state.

“They have filmed several Transformers productions (at the Michigan Motion Picture Studios) in the past, and I expect they would utilize some of the same locations,” says Jenell Leonard, commissioner of the Michigan Film and Digital Media Office, formerly the Michigan Film Office. “However, all production locations are tentative and fluid.”

Leonard says the film’s production will use Paramount Pictures’ last planned Michigan tax credit funds. She says even though the film tax incentive was cut last July, the state must honor existing deals with studios, like a multi-project agreement with Paramount.

She says Paramount offered to return half of a $42 million planned tax credit that was allotted for multiple films to the state. Doing so allowed the studio to allocate the other $21 million exclusively to Transformers 5.

“Paramount came to the table and said if they could apply half of their encumbered incentive dollars to Transformers, they would be willing to give the other half of the $21 million dollars back to the state,” Leonard says.

Studios must prove they are spending their dollars in Michigan and hiring Michiganders in an independent audit conducted before filming, and be in regular communications with the Michigan Film and Digital Media Office.

Studios are required to hire Michigan residents and out-of-towners at a 1:1 ratio. Leonard says the Transformers 5 shoot will create around 228 full-time job equivalents.

“Studios submit a line-item budget with how many hires they would have and submit the script for review,“ Leonard says. “We base the incentive they would be eligible for off that application process.”