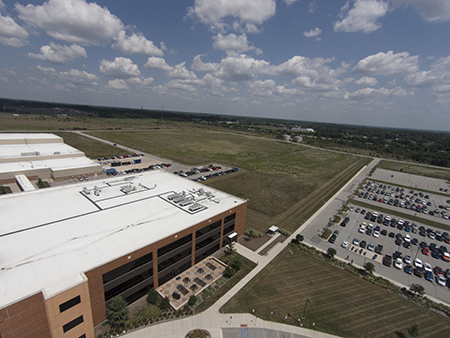 Toyota today announced it will invest $126 million in the expansion of its powertrain operations in Ann Arbor and the consolidation of its vehicle development operations at a new facility on its nearby York Township location.

“Centralizing our vehicle development and powertrain functions here in Michigan is beneficial for our decision-making process and allows us to better respond to changes in the marketplace while improving the speed at which we can offer technology advances to customers,” says Ed Mantey, senior vice president at the Toyota Technical Center in Ann Arbor.

The company will relocate approximately 85 jobs from California to Michigan by the end of 2016 as part of the move, which will also provide improved communication and access to the company’s direct procurement division, Mantey says.

Today’s announcement marks the third time in just over a year that Toyota has revealed plans to increase employment and investment in Michigan. Since late 2013, the automaker has announced a $28-million expansion of its Ann Arbor operations and the addition of 250 direct procurement and supplier engineering development positions currently based in Erlanger, Ky.

“Toyota’s expansion in the Ann Arbor region is a clear indicator that we offer the perfect infrastructure, talented workforce and support for a growing business,” says Paul Krutko president and CEO, Ann Arbor Spark. “Toyota could locate its North American powertrain operations anywhere but chose Ann Arbor; the company’s investment and the jobs it will create are a continuing win for our economy.”

In April 2014, Toyota announced that it would establish new headquarters in Plano, Texas for its North American operations as part of a series of moves designed to better serve customers and position the company for sustainable, long-term growth, Mantey says.

This strategy includes establishing a new North American headquarters in Plano, Texas; expanding the Toyota Technical Center facilities in southeast Michigan to accommodate increased investment in its engineering and product development capabilities; and opening a production engineering facility at Toyota’s largest U.S. manufacturing plant in Georgetown, Ky. The new facilities are expected to be completed by 2017.