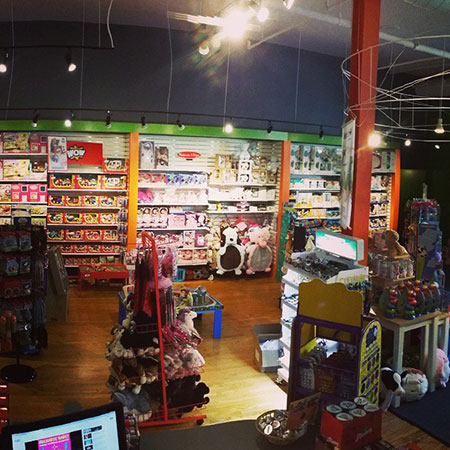 Toyology Toys, devoted to promoting creative and educational toys to all age groups, has opened its third storefront in metro Detroit with a location in Royal Oak, at the southeast corner of 11 Mile and Main Street.

The new location follows the opening this summer of a store in Howell. Overall, the family-owned business plans to have between 10 to 20 stores within the region by 2024.

“The plan is to keep (the stores) solely owned,” says Aric Klar, majority owner of the toy store that offers products that he says can’t be found in most big-box stores. “I’m very dedicated to keeping this business in Michigan and focusing on the metro Detroit area. If people from other places want to order from Toyology online, that’s great, but as far as (the brick and mortar locations) go, I want to stay home.”

Klar, a West Bloomfield native who resides in Berkley, says his stores aren’t just for kids. The stores cater to the special needs community as well as senior citizen facilities, providing toys that are geared to tactile, sensory, and motor needs through educational play, he says.

“You’re never too young or too old to shop in my store,” Klar says.

Klar first opened the brand’s West Bloomfield location with his brother Jonathan Klar and mother Nori Klar in 2011 and notes that Royal Oak was always on their radar.

“Royal Oak is an interesting community,” Klar says. “I’m 25, and all of my friends are moving here to start their families. I’m in the longevity business, so I want their kids to grow with me all the way through high school.”

He says the Howell location is a test store to see if the store concept — which opts for educational, interactive toys in lieu of videogames and Leapfrogs — can thrive in smaller communities.

“I’m not going to knock video games, but we feel that the best learning comes through interactive play,” Klar says. “That’s not holding a controller. That’s getting outside and making a rocket shoot in the air, creating a car that’s fueled by saltwater, and figuring out that suction cups can be used as building toys as well.”

Looking forward, Klar says the company will make a stronger push to open additional stores within the next two to three years. In the meantime, he’s teamed up with Hillel Day School in Farmington Hills to speak with students twice a week about entrepreneurship as part of the school’s innovation lab.

He notes that other schools have since reached out to him about similar programming, which he takes as a good sign.

“There’s definitely an interest out there for this sort of thing,” Klar says.