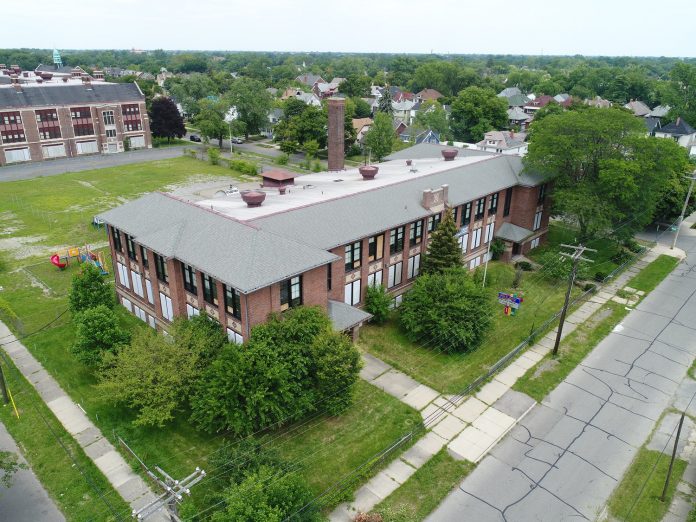 Chef’s Schoolyard will take place on Monday, April 30 from 6-9 p.m. at the Great Lakes Culinary Center in Southfield (Nine Mile and Telegraph roads). In addition to the seven-course meal, which will be curated by the chef team, the dinner will include an open bar and silent auction, with all proceeds benefitting Detroit Prep.

In addition to Vermiglio and Giacomino, other participating chefs include James Rigato of Mabel Gray in Hazel Park, Alex Clark of Bon Bon Bon in Hamtramck and Detroit, Andy Hollyday of Selden Standard, Anthony Lombardo of soon-to-open SheWolf, Kate Williams of Lady of the House, and Brad Greenhill of Takoi. The latter four restaurants are located in Detroit.

Currently located at 2411 Iroquois Ave. in the lower level of Iroquois Avenue Christ Lutheran Church, Detroit Prep is in the midst of a year-long fundraiser to raise $1 million to purchase and renovate the former Anna M. Joyce Elementary School building, located at 8411 Sylvester, Detroit, for its permanent home. The three-story building offers 43,500 square feet of space.

“My mother Gretchen is a retired school teacher, so education is huge for our family,” says Vermiglio. “When we heard about Detroit Prep and their mission, we knew we had to help.”

Tickets to Chef’s Schoolyard start at $200 and can be purchased at detroitprep.org/schoolyard. Sponsorship opportunities also are available.

Grey Ghost is located at 47 E. Watson, between the Brush Park and Midtown neighborhoods in Detroit. The name of the restaurant is a nod to the alias of the most notorious rum-running pirate on the Detroit River during the prohibition era.