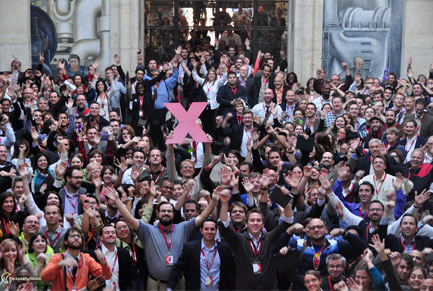 Tickets are now on sale for the seventh annual TEDxDetroit, a nonprofit that hosts conferences centered on short, live presentations from a broad spectrum of business and nonprofit leaders, held on Oct. 8.

“TEDx brings seasoned pros and startup business leaders together to challenge the status quo and inspire each other,” says Charlie Wollborg, curator of TEDxDetroit. “We’re looking forward to another rousing lineup for our talks this year.”

Wollborg says he expects more than 2,000 people to attend the conference, which would be the largest audience to date in Detroit. Admission is open to the public, which will be held at the Fox Theatre in downtown Detroit.

Wollborg says the experience is a mix of a business expo, art festival, and tech conference. Tickets cost $85.