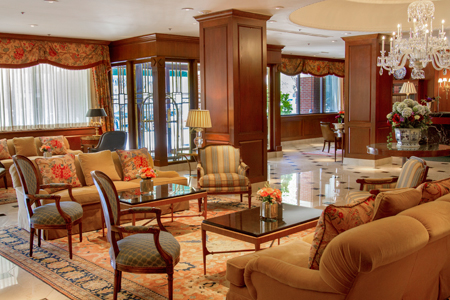 On Monday, Forbes Travel Guide, originator of the Five-Star Ratings and known for establishing the benchmark for excellence in global hospitality, announced the Townsend Hotel in downtown Birmingham and the MGM Grand Detroit have been added to its 2013 Four-Star Star Award winners.

Additionally, the Townsend’s Rugby Grille earned a Forbes Travel Guide 2013 Recommended Award. The honor signifies a restaurant is one of the best establishments in its destination. In recent months, the 151-room hotel has completed several renovations, including the redesign of the Rugby Grille, lobby areas, and three Presidential Suites. Next up is the renovation of 51 luxury suites.

Through August, business is up 20 percent over the same period last year, says Steven Kalczynski, the Townsend’s managing director. “For more than five decades, Forbes inspectors have traveled the globe seeking the finest hotels and restaurants, and it’s truly an honor to (be) … included among that exclusive list,” he says.

The MGM Grand Detroit also has undertaken several renovations. In recent months, three restaurants have been added — the sports bar TAP, which features an array of large screen televisions set amid rare memorabilia, along with Wolfgang Puck Steak and Wolfgang Puck Pizzeria & Cucina.

In addition, both the Townsend and the 400-room MGM Grand Detroit hotel strive to host preeminent events to help boost their respective standing within the industry. For example, the Crush Michigan Wine and Food Classic, arguably the region’s premier wine event, will be held on Sept. 21 at the Townsend.

A benefit hosted by the Children’s Leukemia Foundation of Michigan, the sixth annual Crush event will feature renowned chefs, wine personalities, and Master Sommeliers from across the country. Tickets are available at www.crushmichigan.com, while a complete list of 2013 Star Award winners is available at forbestravelguide.com.