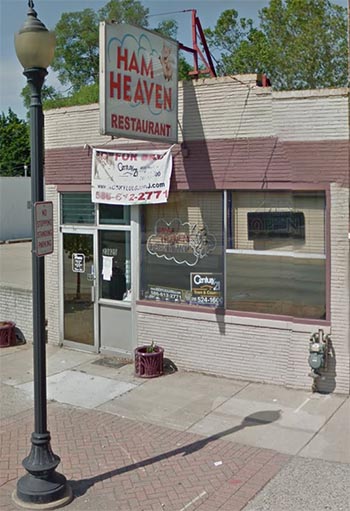 Acclaimed chef James Rigato of White Lake’s The Root Restaurant & Bar and Bravo’s Top Chef, is opening up a restaurant in Hazel Park towards the end of summer that will feature seasonal, creative dishes.

“I wanted to have a small restaurant where I can really focus on each individual plate and really be expressive,” says Rigato, who will co-own the new eatery with business partner Ed Mamou, called Mabel Gray.

Rigato says he chose to name the restaurant Mabel Gray after learning about the folklore of Alice Mabel Gray, who is said to haunt the Lake Michigan shoreline, as well as the song Mabel Grey by Brown Bird.

The 40-seat restaurant, most recently Lisa’s Place, at John R, south of Woodward Heights Boulevard, will feature eight to 10 plates and a full bar.

“(The menu will be) highly-rotating and based around local seasonal products,” Rigato says. “The bar program is going to reflect that. So, the bar will have a smaller inventory, less variety, but more seasonally appropriate.”

He says prices will be similar to those at the Root, ranging from about $15 to $30 for a main course.

“I’m in an old building in a pretty established town so I want to build on that,” he says. “It’s not going to have a brand new Crate & Barrel look, it’s (going to) be urban and worn-in.”

Rigato says he lived in Madison Heights for more than 5 years and loved visiting Hazel Park for restaurants such as Loui’s Pizza and Pi’s Thai Cuisine. “I think that Hazel Park is safe, it’s a blank canvas, the city is open-minded for creative projects, and it’s affordable,” Rigato says.

When the restaurant opens, Rigato will be the chef, and his sous chef at The Root, will be promoted to head chef at that restaurant. Rigato will continue to supervise the kitchen at The Root.