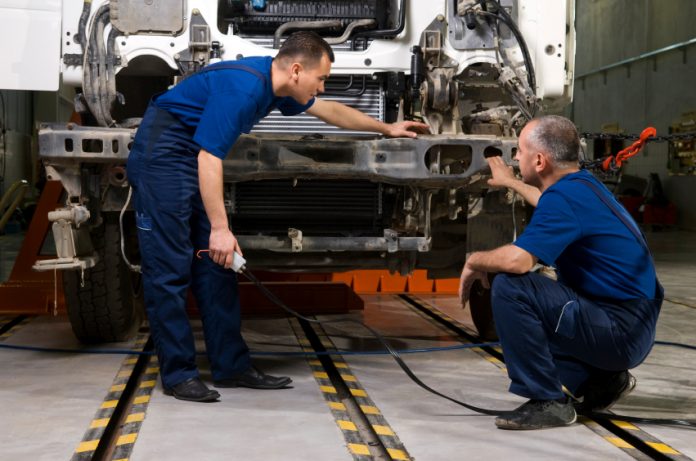 In partnership with the Detroit Creative Corridor Center (DC3), the new report collected local data and profiled local manufacturing ecosystems. As part of the effort, the UMA partnered with manufacturing practitioners in Detroit, Baltimore, Philadelphia, Cincinnati, Milwaukee, and Portland for the series. While in Detroit between early 2016 and fall 2017, the UMA worked with community-based organizations, held focus group meetings, toured manufacturing facilities, and conducted manufacturing surveys.

“Through this process we identified those manufacturers that are not documented in traditional data sources, but carry the potential to amplify innovation and create jobs for Detroit communities,” says Lee Wellington, executive director of the Urban Manufacturing Alliance. “Whether it’s a manufacturer that just graduated out of their home, or a manufacturer that’s ready to take on more employees, we hope the State of Urban Manufacturing data will create more opportunity for these vital small companies.”

The study found a new crop of small-scale manufacturers taking root in Detroit that are eager to grow. Of the firms surveyed, nearly half were founded after 2013, and more than a third say they hope to add new employees in the coming years. Additionally, two-thirds say they are interested in larger manufacturing spaces, and nearly every firm projected they would running larger business in 2020.

“It was important to us (that) Detroit be included in this national study because designing and manufacturing is in our community’s DNA,” says Olga Stella, executive director of DC3. “With the Detroit City of Design initiative and other efforts underway, now is the right time to focus on this sector.”

Another issue uncovered during the manufacturing surveys was access to capital, especially for African-American business owners. While 100 percent of white business owners in Detroit had received bank loans to start their manufacturing business, for example, none of the African-American survey respondents had received bank loans.

Specifics recommendations are outlined in the report for city officials to help manufacturers with the challenges they face.

“Small-scale manufacturing — built on a dynamic community of makers and artisans — fills a vital role in incubating businesses, which in turn create jobs and further our creative culture,” says Virginia Wilkinson, director of strategy and business intelligence at Detroit Economic Growth Corp. “The State of Urban Manufacturing research will help us understand how to optimize this sector, and will be invaluable as we develop an inclusive economy.”

Snapshots of the four remaining cities in the series will debut throughout 2018, and culminate in a national piece of research titled The State of Urban Manufacturing.

“We’re pleased to support this research series by the Urban Manufacturing Alliance to learn how urban manufacturing is shifting and evolving in the 21st century,” says Jim Carpenter, senior vice president and business banking market manager at Bank of America Merrill Lynch. “By speaking directly with small-scale manufacturers and hearing the types of capital, real estate, and workforce development resources they need to grow, we will all be better positioned to support a new era of manufacturing in Detroit.”

The UMA is a coalition of more than 500 members across 120 cities who are sustaining and growing manufacturing in urban centers. The Urban Manufacturing Alliance’s State of Urban Manufacturing report was supported by national title sponsors, the Ewing Marion Kauffman Foundation and Bank of America Merrill Lynch, and national lead sponsors, Google and Etsy. The local title sponsor is Detroit Creative Corridor Center along with Creative Many Michigan, Detroit Economic Growth Corp., TechTown Detroit, Build Institute, Michigan Apparel Manufacturing, and more.