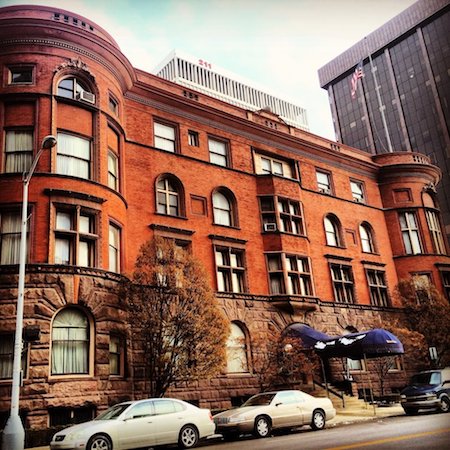 “This was the natural selection, (as) Tom has the expertise and commitment to guest service needed to support a project as important as this one,” says Lynn Uralli, president and co-owner with her husband, Emre, of the Detroit Club. “The delicate nature in which the club’s century-old history and relevance to the city of Detroit needs to be approached by an individual like Tom, who will carry our legacy into the next generation of hospitality.”

Trainor will be responsible for day-to-day management of the 45,000 square-foot, Romanesque Revival, club, located at the northeast corner of Fort Street and Cass Avenue (712 Cass) in downtown Detroit. The current club was designed by famed architect Wilson Eyre and completed in 1891. The club was founded in 1882, and was originally located in a former house.

Since the acquisition of the club in 2014 by the Urallis, the four-story building has undergone a restoration process that introduced modern amenities into the club while maintaining its historic integrity. The restoration and new design features was overseen by Lynn Uralli.

In addition to a public restaurant and lounge on the first floor, Trainor will oversee the private areas of the club, including a new Cigar Bar and Lounge, SOAK: the Detroit Club’s private spa and fitness center located in the lower level, 6,400 square feet of private event space, and 10 new luxury estate suites on the fourth floor that are available for overnight accommodations.

The spa includes a 15-person whirlpool, along with private locker rooms, treatment rooms, and saunas for men and women. The club, which has been closed for three years, includes many of the original fixtures, furnishings, and ornamentations. The front desk remains in place on the first floor, as well as a member lounge and adjoining library. The latter room will see the addition of a small bar for members.

The first floor also includes restored marble floors, plaster ceilings, and oak panel and trimmed walls. “There are some new (wall) textiles, but most everything is original, including the chandeliers, sconces, restored chairs, and tables,” says Regina J. Peter, director of sales and marketing at the Detroit Club. “There are new ladies’ restrooms and restored men’s restrooms, and we’re re-equipping the phone booths to be charging stations (for smartphones, tablets, and laptops).”

The second floor includes a 120-seat ballroom, along with adjoining meeting space that includes two boardrooms. Throughout the club, carpeting was pulled up, and the original oak and marble floors were restored. The massive staircase, which includes landings between each floor, has been restored.

The Detroit Club was established on October 11, 1882 by lawyer Samuel Douglas and banker and broker James T. Campbell. The club remained operational for over a century, making it Detroit’s oldest private social club, and one of the most prestigious in the nation.

Membership and private event inquiries are currently being accepted in anticipation of the club’s opening in January.