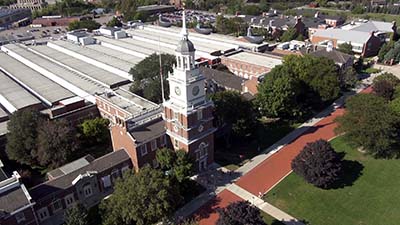 The Henry Ford in Dearborn has upgraded its former IMAX theater with a new state-of-the-art 4K digital projection system, new sound, a larger screen, and new seats they say will provide the ultimate cinematic experience for theater goers. The theater will open April 4.

“This new digital platform with a state-of-the-art projection system provides our guests with the most stunning and lifelike cinematic experiences out there,” says Patricia Mooradian, president of The Henry Ford. “It also provides a more versatile venue where we can expand on the type of innovative programming and mission-fit films we can offer.”

Mooradian says The Henry Ford Giant Screen Experience will be the venue for the Cinetopia International Film Festival in June and a Thursday Night Flix series. She says to kick off the Giant Screen Experience, The Henry Ford will be showing MacGillivray Freeman Films’ National Parks Adventure 3D, a film that takes audiences to legendary outdoor places across America and is narrated by Robert Redford.

Tickets for the Giant Screen Experience will be available for purchase starting March 25.