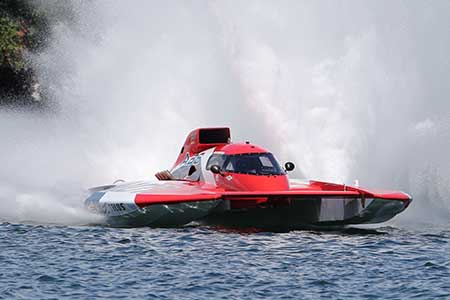 The Detroit River Regatta Association will retire the Gold Cup Unlimited hydroplane race, which has been held on the Detroit River for nearly a century, in favor of a revamped event that celebrates motors on both land and water in August rather than the traditional races in mid-July.

“The attendance at (the Gold Cup) has not been increasing and we felt that we needed to change up how the event looked to attract a different demographic,” says Mark Weber, a spokesman for the association, about the Detroit River Festival of Speed, to be held Aug. 22-23.

Event organizers have made several strategic decisions to cut costs after several years of stagnant attendance numbers, Weber says. Before, unlimited hydroplanes, which reach speeds of up to more than 190 mph and race on a longer course than other watercraft, made up well over 50 percent of the event budget; however, sponsorship for the event has not kept pace with costs.

This year, three classes of automotive hydroplanes will race in 32 heats on the water, including H350s, SST Tunnel Boats, and Grand Prixs that reach speeds of up to 170 mph.

On land, the event will feature “everything from Indy cars, to drag cars, to motorcycles,” Weber says. “Basically anything to do with speed because of the Motor City. We’re even going to have a pinewood derby race for kids ages 6 to 60.”

The association anticipates that 50,000 people will attend the event, on par with previous years. “In our park area, if 10,000 people showed up over the two days, that would be a good number for us,” Weber adds.

For more information on The Detroit River Festival of Speed, visit gold-cup.com.