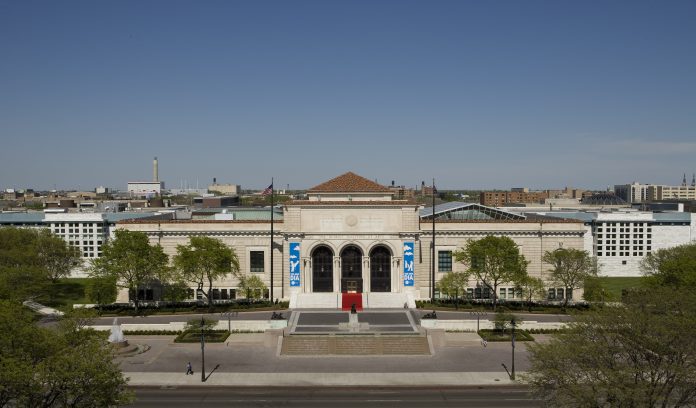 The Detroit Institute of Arts and Midtown Detroit Inc. Tuesday announced the launch of a DIA Plaza and Midtown Cultural Connections design competition to improve the DIA’s exterior campus.

The organizations are sending a request for qualifications to landscape architecture and urban design teams to develop an urban and landscape design strategy and cultural center connection framework. Teams will first create a design vision that reimagines the DIA’s grounds to be more visible, welcoming, flexible, and functional to support year-round outdoor programming.

Designers also will be asked to take elements from the DIA design and extend them to physically connect to the neighboring institutions to encourage walkability, improve wayfinding, identify opportunities for public art and programming, and consider shared parking strategies and improved design.

“The essence of city life throughout the world is defined by expressive, and sometimes distinctive, public spaces that epitomize community by drawing everyone together, making interaction, activities, and events the ultimate expression of vitality,” says Salvador Salort-Pons, DIA director. “Together, with our partner, Midtown Inc., and the rest of the cultural organizations, we know that the public space in Detroit’s cultural district holds great promise for making our community a stronger, more diverse, and inclusive destination.”

The competition is one of the initial steps toward realizing Salort-Pons’ vision of the museum as a town square.

“Building upon the work begun with the DIA Plaza, the Midtown Cultural Connections project vision is to establish connections between our cultural institutions both physically and through shared programming,” says Susan Mosey, executive director of Midtown Detroit Inc., a nonprofit development agency. “The goal is to inspire an inter-connectivity between our institutions, and ultimately, unify the district.”

“We invite the design community as part of this competition to think big and creatively as we innovatively set a course for the future to find solutions that will inspire us to create a public art space that creates bridges that connect to our neighboring institutions,” says Salort-Pons.

The Boston Consulting Group (BCG) is supporting the project on a pro-bono basis to provide guidance for the overall vision and transparent governance process. The competition is funded by grants from the National Endowment for the Arts, William Davidson Foundation, and the Fred A. and Barbara M. Erb Foundation.