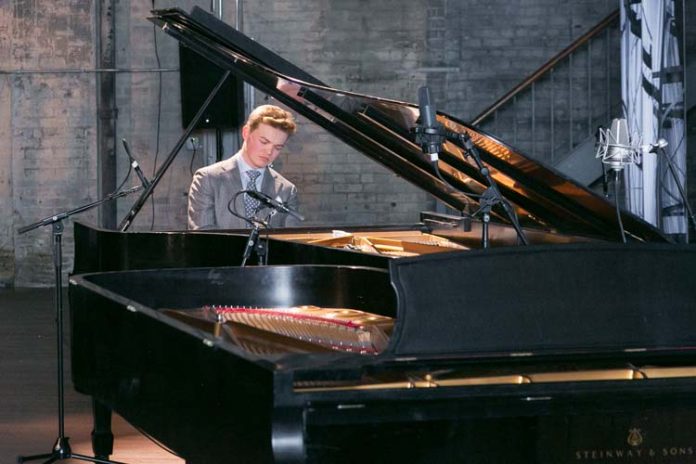 The Detroit Sessions, a nonprofit focused on elevating the cultural vibrancy of Detroit, presents a multi-day event series inspired by the human rights legacy of music icon Mstislav Rostropovich.

Born in Baku, USSR, Rostropovich rose to international prominence in the 1970s for publicly defending Russian novelist and Nobel Prize laureate Alexander Solzhenitsyn from the oppression of the communist regime. Rostropovich was subsequently exiled and became the director of the National Symphony in Washington D.C.

Using his platform to advocate for freedom, he earned the 1974 Award of the International League of Human Rights as well as the Presidential Medal of Freedom in 1987. He passed away in 2007.

In honor of Rostropovich, the Detroit Sessions will present a concert in the Rivera Court at the Detroit Institute of Arts on Sept. 7 at 7 p.m. The concert will feature violinist Bruno Monsaingeon from France, cellist Aleksey Shadrin from Ukraine, and Detroit Sessions founder and Russian-American pianist Ivan Moshchuk performing music of Beethoven. Southfield-based Bluewater Technologies will produce the concert.

In addition, on Sept. 8, at 7 p.m., Monsaingeon will present his new film, Rostropovich: The Indomitable Bow, at the Detroit Film Theatre at the DIA, immediately followed by a Q&A discussion. The film premiered in Paris in November and features guest appearances from Yehudi Menuhin, Elton John, and other entertainers. Both the concert and film screening are free and open to the public.

“History is repeating itself,” says Moshchuk, founder of Detroit Sessions. “Now, more than ever, artists need to stand with truth. The story of Rostropovich powerfully illustrates the capacity of art to drive social change, transcend divisive rhetoric, and dismantle barriers between people. In Rostropovich’s own words, ‘Our history has lessons that cannot be separated from our greatest music.’ It is time we remembered and took action.”

In addition to the DIA events, the international artists will conduct a workshop at the Downtown Boxing Gym Youth Program as part of the Detroit Sessions educational outreach initiative, and be featured at a special brunch hosted by the Detroit Foundation Hotel on Sept. 8 at 11 a.m.

Monsaingeon is a French filmmaker, violinist, and writer known for his definitive portraits of legendary 20th century musicians, including Glenn Gould, Yehudi Menuhin, and Nadia Boulanger. Shadrin is currently in residence at the Kronberg Music Academy in Germany, and is a top prizewinner of the recent 2018 Prague Spring International Cello Competition in the Czech Republic.

Moshchuk founded the Detroit Sessions in 2016 with a mission to build a new culture for classical music. “Detroit was the obvious choice, because it is a place that has never stopped building,” says Moshchuk. “The current energy and transformation in the city reflects a tremendous opportunity for cultural expansion and creativity.”

A recipient of the 2010 Gilmore Young Artist Award, Moshchuk is a graduate of the Peabody Institute of the Johns Hopkins University, an alumni of the CiteÌ Internationale des Arts in Paris, and is currently in residence at the Alta Formazione of the Accademia Nazionale di Santa Cecilia in Rome. This past season, his concert tours included performances in Tokyo, London, France, Ukraine, and Italy.

For more information and a complete schedule of the September events, visit DetroitSessions.com.