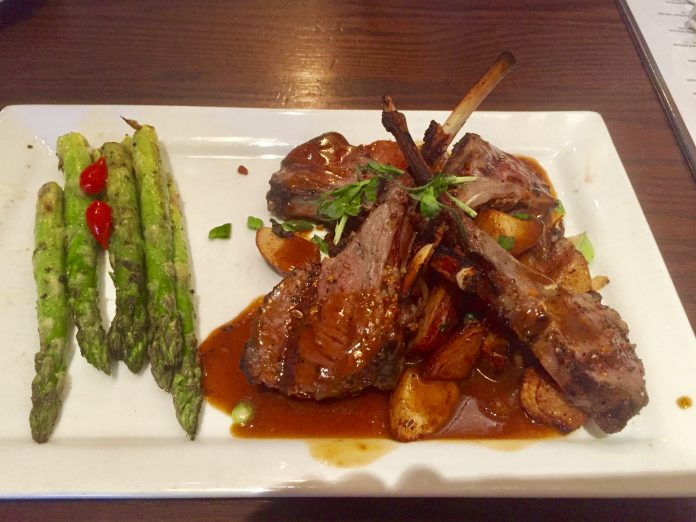 The Block Restaurant along Woodward Avenue, located just south of the Garden Theatre in Detroit’s Midtown district, is looking at expanding across the region and eyeing locations in Royal Oak, St. Clair Shores, and other communities.

The restaurant, which specializes in unique American fare, plans to add an 80-seat sidewalk patio in the spring as well as launch a carry-out menu. Located at 3919 Woodward, the restaurant opened two years ago as the Midtown Grill, but was recently renamed The Block.

“We get a lot of business from the surrounding neighborhood, event-goers to Orchestra Hall, Little Caesars Arena, and Comerica Park and Ford Field,” says Jon Madar, general manager of The Block. “We also do catering for the Garden Theatre, and since we’re near a stop on the Qline, we plan to offer carry-out shortly.”

Chef Nate Rockwell, who joined The Block nearly two years ago, says he grinds all of the meat and fish in-house. He currently updates the menu twice a year, and soon will go to a seasonal menu. The restaurant’s owners also operate Flood’s Bar and Grille in Detroit’s Greektown district.

“We smoke our meat and fish in ovens, so everything is prepared here fresh,” says Rockwell, former sous chef at the Detroit Golf Club and former executive chef at the Midtown Café in downtown Birmingham (since closed). “With a menu that changes with the seasons, our guests will see new things all the time while our cooking staff will have a lot of fun working with changing selections.”

The Block is open Tuesday through Sunday. For more information, visit theblockdet.com