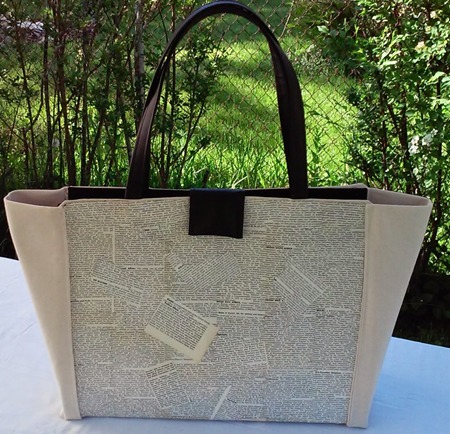 Angelique Collections — a line of custom made handbags, accessories, and home décor — opened today in the Penobscot Building, at 645 Griswold in downtown Detroit, and owner Angela Boone already has plans for a second location in New York.

“We’re actually looking at sites in Harlem right now,” says Boone, who previously owned boutique stores in Southfield and Oak Park. Depending on the site selected, the New York store could open by the end of the year.

Boone says she sees a strong market for her handbags, which she designs using custom-made fabrics. “They’re definitely for the woman who doesn’t want to see the same bag on another woman’s arm. They’re one of a kind,” she says.

Customers can have a say in the design process, which can take up to two weeks depending on such criteria as fabrics, style, size, and hardware. Pricing for the collection, which includes totes, purses, crossover bags, wristlets, and wallets, ranges from $38 to $1,200, although Boone says most customers spend an average of $100 to $500.

The most expensive purses feature Swarovski crystals, along with imported or custom-made silk fabrics. “I’m working on a bag now (that) is created out of black lace fabric that was imported from Switzerland,” Boone says. “It’s a beautiful black-and-white handmade lace with crystal. I hand sew each of these bags, (so) it takes time.”

She adds that recent bags were inspired by influential African-Americans including Sojourner Truth.